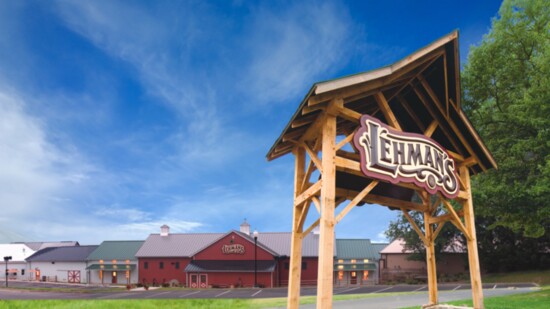 Live a Simpler Life with Lehman's

Lehman's Offers Products, Services and More For All Generations to Enjoy

Cooking, baking and candlestick making – Lehman’s does it all and so much more. Located in Kidron, Ohio, Lehman’s is a one-stop shop for anyone interested in purchasing home goods such as farm and garden supplies, home and decor, kitchen and food, toys, books and games and so much more.

Lehman’s was founded in 1955 by Jay Lehman (1929-2020), with the prime purpose being to serve the farmers and the Amish community in the area who did not have electricity. Glenda Lehman Ervin, Jay’s daughter, says, “He greatly admired their way of life and did not want to see it disappear. After all, if there are no butter churns, then nobody is churning butter.”

Jay Lehman also had a desire to preserve the past; not only the products but the knowledge of being able to grow things and fix things on your own. In the late 1970s, Jay had the idea to start a catalog to spread the word more about Lehman’s since they had lots of phone calls from people requesting product information and pricing. He and his brother pieced one together and mailed it out, which led to Lehman’s receiving hundreds of customers from all around the country.

Over time, Lehman’s began to not only focus on the farmers, Amish and homesteaders in the area but rather changed their focus to, “What do you want to do and how can we help?” Glenda says. “That question led to our current branding of what we stand for, which is ‘To live a simpler life.’ We want to help each person take that next step on their journey to a simpler life.”

Lehman’s is well-known for the wide variety of products they sell, such as cookstoves, oil lamps, lanterns, water pumps, water and heating treatment, kitchen and food and anything else you can think of. Whether someone is more interested in the lighter side of things such as the toys, the handwoven rugs, or the decorative dishes, or someone is living off-the-grid – there is something for everyone. There is a section of the store that also contains antiques such as potbelly stoves, log rollers, old milking machines, an old typewriter and even a goat-powered treadmill. It is like going shopping and going to a museum at the same time!

Lehman’s is all about bringing families together and helping to create relationships among people. Glenda says, “I think, as humans, we are meant to create, build, fix and communicate face-to-face. That relationship part is a lot of what we do. Playing board games together, putting together a jigsaw puzzle with one another and baking a meal together – those are things that have been a part of families for generations.”

She continues: “I love the multigenerational aspect of it. It’s rare on any day not to see a grandma, mom and a daughter together. I mean, how many things can you think of that both an 80-year-old and an 8-year-old can both enjoy. There are some things that can span across generations and Lehman’s is one of those things. That connection of the generations makes me happy because we’re bringing families together.”