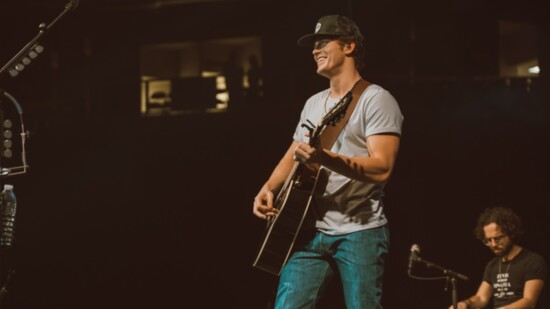 From Conroe to Nashville

In 2010, a sandy-haired kid with six strings and a dream sat in his bedroom in Conroe, learning to write songs and hoping to find his voice. Parker McCollum, now 28 years old, will be the first to tell you that as a teenager he didn’t know if he had “what it takes” to be a country music star – but he was determined to find out.

“I told my mom that I wasn’t going to go to college but was going to try to do this and sign a major record deal one day. I don’t think she believed me – which looking back at the way I was at that age – there probably wasn’t a whole lot of confidence instilled in her by me,” laughed McCollum.

He admits that his friends at College Park High School in The Woodlands, where he graduated in 2011, were also a bit concerned when he quit playing football, basketball and baseball to have more time to play guitar.

“Everyone thought I was crazy. I remember all my buddies were mad that I wasn’t playing sports and that I thought I could play country music… but they don’t think it’s crazy anymore,” he added.

After graduating from high school, McCollum made the move to Austin to immerse himself in the live music scene as he continued honing his craft. With an incomparable work ethic and a poet’s heart, others on the Texas Music Scene quickly recognized he had the formula for success and there was no stopping him. Since then, McCollum has taken the country music industry by storm, first building an unprecedented fan base of 200-thousand social media followers, selling out shows across the state and promoting his brand of honest country music with two highly acclaimed albums – “The Limestone Kid” which he released in 2015, followed by “Probably Wrong” in 2017. He also signed a management deal with Texas country music veteran Randy Rogers, who he credits for helping him realize his full potential.

“Randy is the one who made me write down my goals when I was afraid to admit how big I wanted our efforts to pay off,” he added.

Soon after, McCollum had his own tour bus, was playing across the country and sold out Billy Bob’s Texas – the world’s largest honky tonk – not once, but twice.

“My handprints are now on the wall at Billy Bob’s and that’s just unbelievable,” he said.

In 2019, after touring full time for five years as an independent artist, McCollum’s grit and perseverance, combined with great songs and an instantly recognizable voice, brought his dreams to fruition. He landed a major record deal with Universal Music Group (UMG) under the MCA Records label.

“It is literally a dream come true. And, what’s really cool about it is I always wanted to sign a major deal but have creative control. Thanks to the fan base we have and because of the revenue we were generating as a band and as a business, I got what I wanted. I get to use the producer I want to use, write the songs I want to write, and record the songs I want to record,” said McCollum. “Sometimes I have to stop and say to myself – you are doing exactly what you want to do. It’s the coolest thing that has happened to me so far.”

In February of 2020 McCollum had more to celebrate when he landed an opening spot on country superstar Miranda Lambert’s Wildcard Tour.

“The best part about that was my mom and dad were at the last show at American Airlines Center in Dallas where I got to sing to a packed stadium. It almost makes me tear up talking about it. I just think they sleep better at night after seeing that, especially after I’ve been on the road 5 or 6 years now trying to get there,” he added.

This year he also got to check off his bucket list performing at the Ryman auditorium when he debuted his single “Pretty Heart” at the 2020 Country Radio Seminar.

“You go out and play your song that’s going to be on the radio. Reba was standing side stage; Keith Urban; Dierks Bentley; Carrie Underwood – they were all right there – shoulder to shoulder. I never get nervous – never. I always just act like I’ve been there, but my heart was beating out of my chest. It was so surreal. I remember lying in bed that night and thinking – if you never get to do anything else – you did that.”

While the pandemic halted live shows for much of 2020, it meant McCollum could take some time to relax after years of nonstop touring. He’s found time to visit the family ranch, fish, work on his deer stand, and most importantly, get back to Conroe for frequent family visits.

“My mom is in Fort Worth and my dad is in Austin, but their brothers and sisters and everyone else in my family still live in Conroe. My grandparents still do too, so I get back all the time, even more so since the quarantine. Conroe has grown so much in the last ten years. When I was a kid it really had a small town feel and there wasn’t a ton of development, and now it’s just crazy,” he said. “I still love Conroe and will always hold it near and dear to my heart.”

McCollum often thinks about how the conversation would go if he could come home to Conroe, turn back the clock to 2010, and talk to the kid learning to sing in his bedroom.

“I always think I would have freaked out if anyone would have told me I would be doing this. Yeah… 16 or 17-year-old Parker would have probably called me a liar,” he said.

McCollum is wrapping up 2020 by earning his first number one song on the national country music charts with “Pretty Heart” and is excited to start 2021 by releasing his first full-length album on MCA records. 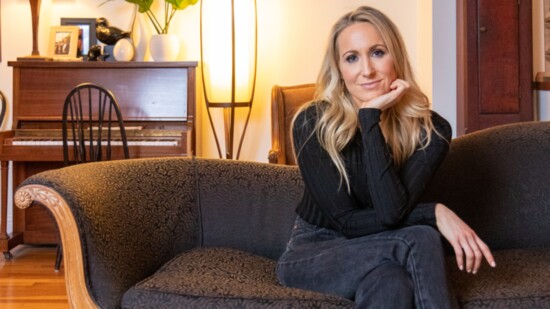 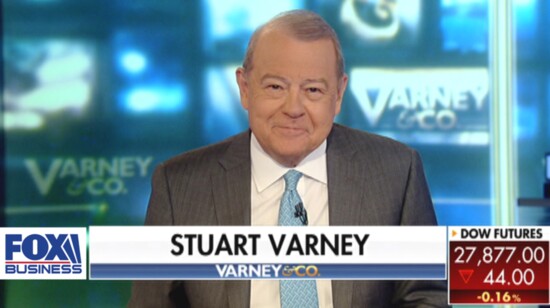