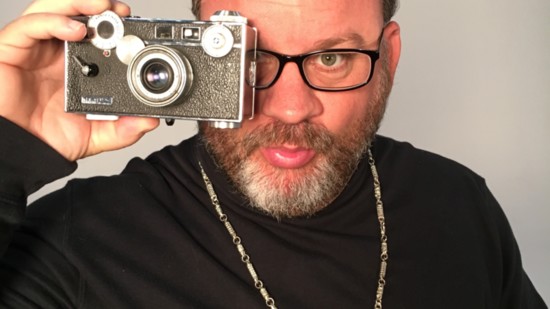 Perseverance is key in achieving success under the lights of Hollywood. As actor Sean Dillingham explains, Hollywood is less of a place and more of a state of mind actors strive for. For him, he loves when Hollywood calls him but finds comforts in his roots here in Arizona, where he lives full-time with his family.

"I am from Arizona, and my lifestyle here prepared me for an actor's lifestyle because it kept me humble and hard-working," Sean says. "I have friends who say, 'I'm moving to LA,' and I can't help but wonder why? First, make a ripple where you’re from, in your hometown. Growing up, I wanted to be an actor, not a movie star. I don’t want the glamour first and foremost; I want to act. LA is a town of movie stars who are vying for huge roles. when LA calls me, I go. Otherwise, I don’t need to live there full-time. Hollywood feels less physical. Get credits where you're from. You need that first. Hollywood can happen anywhere, even in Phoenix. It’s a state of mind. You have to drive yourself and find opportunities locally first."

Sean recalls his childhood in Arizona. While his dad's military career kept him moving, he always felt Arizona called him back. He strived from a young age to acquire acting experience, knowing it was what he wanted in elementary school. He acted in school plays and community plays, worked with drama at his school's program and then made the step into semi-professional theater. It was then that he decided to explore the world of Improv.

"I loved performing in a less rigid structure. I love improv; it's freeing, and I feel it's my strong suit. I have been able to work on TV, films and commercials where directors encourage my improvisations, so that’s fantastic," he says. "I built a great foundation here in Arizona. I have five agents now and travel throughout the Southwest, but once in a while I see projects here to get involved with, and I always welcome that."

John Light is one such project that had Sean working close to home. The film's world premiere will hit Arizona in August 2019 and follows the life of John Light, one of the most dangerous prisoners in Arizona’s State Penitentiary. He was a legendary local barroom brawler who surprisingly finds God in a prison Bible study. Now reformed, John must face life on the outside as a new man.

"I have to say, it was nice filming close to home on John Light," Sean says, reflecting on his portrayal of Herb Meadows.

He is excited to see this project come to life this summer, along with other projects in the pipeline such as episodes of Better Call Saul and Yellowstone, Manson Brothers Midnight Zombie Massacre, Rattlesnake on Netflix and a short film for the video game Wasteland 3.

Sean shares advice for other actors who want to achieve a sustainable and successful career in this field.

"I travel to act. It’s a gypsy lifestyle. So many people want to be an actor, but it takes a certain level of dedication, where nothing else can get in your way. When I get a call Wednesday for a job in LA that day, I am there. Nothing else matters. I go," he says. "You have to have that obsessive. I have had success because acting suits me well. It keeps my attention. I have worked 9-to-5 jobs, but this is so interesting to me because I can be a cop then a cowboy all in one week."

"People see what you’ve done, and it puts you on an upward trajectory. Build your resume because it’s your calling card. Train hard; you can always learn more," he says. "I trained with Second City and have taken classes on everything from stage combat to shooting, so I know how to handle firearms for parts. Ride a Segway, bungee jump—you never know when a part will require these skills. Be prepared, and you'll be more hirable, no matter where you're from."

"I have done 98 commercials, but my first was in my 20s. I always thought the actor was the most important thing on the set. I’d feel like 'the star has arrived' once I was there. Then you learn the lighting crew and directors, etc. want you to get things right so they can go to lunch. After all, they’ve been there for hours setting everything up. It's really a team effort, from props and sound to lighting. They're all important. Go in knowing this, and you will have a much better experience. The project will be successful. No one wants to be known as the difficult guy to work with."

As an actor, Sean has appeared in more than 98 commercials, 40-plus films and 15 national television series. He’s had network television appearances on Operation REPO, Discovery ID, Buried in the Backyard, The NightShift, Longmire, Brooklyn Nine-Nine, This Is Us, There's Johnny and Yellowstone. He has acted alongside Kevin Costner, Tony Danza, Jane Seymour, Andy Samberg, Milo Ventimiglia and more.

The Market at River Falls 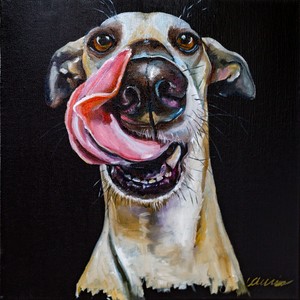