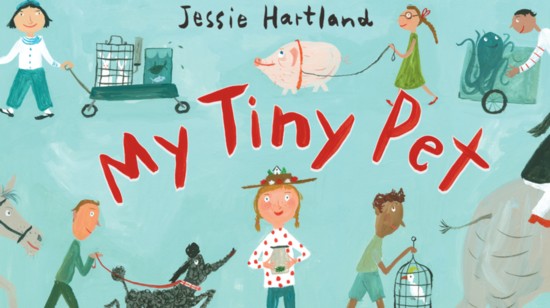 My Tiny Pet by Jessie Hartland

A silly and scientific picture book featuring a unique pet

Most parents are familiar with the negotiations involved in choosing a new pet, but Jessie Hartland puts a clever spin on the situation with a child’s very unique pet choice. When one girl’s personal pet menagerie grows out of control (6 poodles, 10 cats, a tarantula, 2 snakes, 3 hedgehogs, 10 mice, countless birds, hundreds of fish, an octopus, 3 rabbits, a pony, a pig, a goat, and 3 turtles) her overwhelmed parents announce it is time to simplify and downsize.

However, after finding all her pets good homes and moving from a large home in the city to a tiny house in the woods, she begins her persistent request for just one pet. Initially met with resistance from her parents, she explains that the pet she wants is smaller than an ant and it needs no special beds, toys, food, or walking. She then introduces her intrigued parents to a tardigrade, also called a “water bear,” and the family agrees that this microscopic creature is the perfect pet for their small lifestyle.

Inspiration for My Tiny Pet came from Jessie Hartland’s favorite science class, protozoology, and the Life at the Limits show at New York’s American Museum of Natural History, which was advertised with subway posters featuring the tardigrade. Hartland then combined the bizarre and fascinating facts about tardigrades with the downsizing and tiny house movements to create a quirky and whimsical picture book full of her endearing folk art-style illustrations. Each page is bursting with silly details, making the book wonderfully fun for reading aloud and sure to delight readers of all ages.

Jessie Hartland illustrated Lexie the Word Wrangler (by Rebecca Van Slyke), a Chicago Public Library Best of the Best Book, and has written and illustrated children’s picture books How the Dinosaur Got to the Museum and How the Meteorite got to the Museum, as well as graphic biographies Steve Jobs: Insanely Great! (now published in more than 10 languages) and Bon Appetit: the Delicious Life of Julia Child. She has designed Christmas windows for Bloomingdale’s; painted murals at a Japanese amusement park; and exhibited her paintings in Venice, Tokyo, Long Island, and New York City. Her illustrations have also appeared in the New York Times, Travel and Leisure Family, Martha Stewart Kids, Bon Appetit, and Fit Pregnancy.

Purchase My Tiny Pet from your favorite local bookstore or order online today! For more information about Jessie Hartland, visit her website JessieHartland.com or connect with her on Twitter @jessiehartland and Instagram @jessiehartlandart. 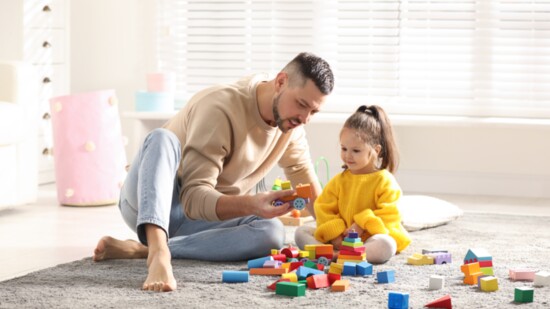 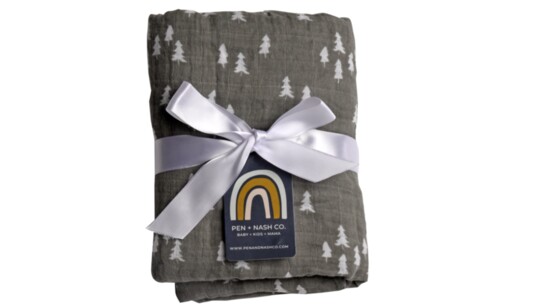