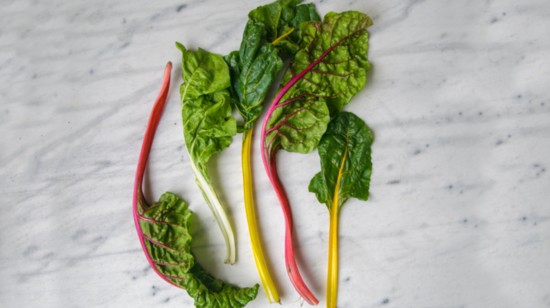 According to the Anxiety and Depression Association of America (ADAA), Major Depressive Disorder (MDD) affects more than 16 million American adults, 121 million people worldwide and is the leading cause of disability in the United States. Depression is more common in women, and the median age of onset is 32.5 (1).

Conventional treatment of depression is the prescription of antidepressant drugs. While life-changingly helpful for some, others find minimal to no relief from this intervention. Though not all causes of depression are modifiable, harnessing the power of nutrition can be miraculous for some. Specific nutrients play key roles in how the brain functions, in nerve impulse communication,, and producing adequate amounts of neurotransmitters (brain chemicals that control how we feel). A deficiency in any one of these nutrients can leave someone more likely to develop depression.

There’s a link between important vitamins such as B and D and depression you might already know about, so in this article we tackle the often-overlooked minerals that can be total game-changers in the defense against depression: zinc, magnesium, iron, iodine and selenium.

Zinc is involved in over 300 enzymatic processes in our body - meaning that important functions like DNA or protein synthesis and cell to cell signaling don’t occur well without sufficient levels. The highest amount of zinc in the body is found in the brain, especially in the hippocampus, which is responsible for memory and mood. Studies routinely show that both dietary intake and serum levels of zinc are lower in individuals with depression (2).

In addition to the key functions of zinc in the body, another way in which zinc influences our health and mental state is through its relationship with copper. Copper and zinc compete with each other for absorption, so low zinc creates a favorable environment for high levels of copper, and vice versa. Copper toxicity is associated with many symptoms that overlap with symptoms of depression.

In cases where repleting a zinc deficiency doesn’t completely resolve depression on its own, there is some promise in using zinc as an adjunct therapy to conventional SSRI medications. One study found that the combination of zinc + SSRI’s was more effective than SSRIs alone (3).

Supplements: Typically 25-50g/day to replete a deficiency. Avoid 50g dose long-term as it can throw off copper levels.

This mineral is getting some well-deserved highlights these days. Magnesium is involved in a ton of cellular processes in the body, including: improving stress resilience, maintaining strong bones and influencing the excitatory capacity of neurons. Magnesium is frequently touted as “natures muscle relaxant/anti-stress” remedy. Unfortunately for us, it is a super common deficiency these days thanks to the depletion of the soil, the removal of minerals from our water supply and high-stress lifestyles increasing the amount we excrete.

Iron keeps red blood cells healthy and oxygenates the body. Other relevant functions of iron include acting as a cofactor for enzymes that produce neurotransmitters such as serotonin, norepinephrine and dopamine, as well as ensuring proper myelination of the spinal cord and brain.

Iron deficiency anemia is a common nutritional deficiency, particularly in women of childbearing age. The symptoms of iron deficiency anemia share some commonalities with depression: fatigue, decreased productivity and impaired immune function. Measuring hemoglobin, or a protein in the blood responsible for carrying oxygen throughout the body, is a way to assess for iron deficiency. A study of 100 women with MDD found a correlation between low hemoglobin levels and an increase in severity of depression symptoms (6).

Supplementation: Should only be done if confirmed iron deficiency anemia.

Iodine is a trace mineral and antioxidant that is essential for producing thyroid hormone, but the thyroid isn’t the only organ that uses iodine. Among others, your brain absorbs and uses a significant amount of iodine as well. Since we don’t make iodine on our own, we must get a continuous supply of this mineral from our diet.

The thyroid is responsible for providing energy to all other cells of the body and influences the rate of function. Though the mechanism is currently unclear, there appears to be a link between underactive thyroid function and depression, and the connecting factor may be iodine. Without sufficient iodine, the thyroid gland can’t produce enough thyroid hormone to keep energy metabolism and cellular processes happening optimally. This means less energy production for our brain cells, influencing mental capacity and mood(7).

Supplementation: Should be done under the guidance of an integrative practitioner, and only if Hashimoto’s (autoimmune thyroid) has been ruled out.

Like iodine, selenium is a trace mineral and important antioxidant in the body. It helps to ensure a healthy immune system and brain, and also impacts fertility. Selenium is required for optimal thyroid function, helping to provide energy to all cells in the body.

Several double-blind studies in which participants were given either a placebo or a selenium supplement found the selenium group experienced improvements in subjective mood indicators (8). Another study that looked at the amount of selenium in the diet found that those with the highest selenium concentration in their food (as found through a food frequency questionnaire) had the highest mood scores and lowest anxiety levels (9).

Supplementation: Should be done under the guidance of an integrative practitioner.

Always keep in mind that increasing the food sources of nutrients is safer than supplementing each individually. Most nutrients interact with other nutrients and need to stay in a balance that is achieved through whole food. If needed, supplementing with these minerals (especially if deficiency is confirmed via testing) can be a great therapeutic option in depression. However, the true key to overcoming depression is uncovering the root cause of why these minerals are low in the first place. Is it low dietary intake? Poor absorption (from poor gut health)? Are high levels of stress or inflammation sapping resources? Determining why these nutrients are low helps with prevention at the root.