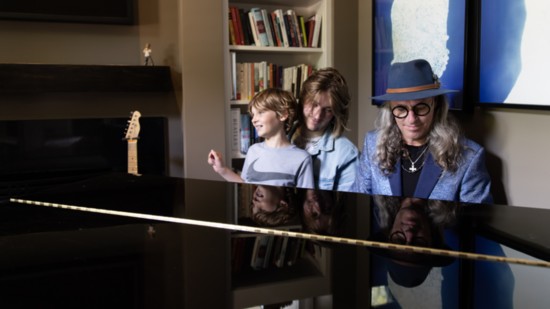 Rock and Roll at Home

Everybody has a soundtrack for their life and Collective Soul frontman, Ed Roland has undoubtedly contributed to many playlists heard throughout our world every day.  With iconic songs like December, Heavy, Shine, and The World I Know, platinum record selling Collective Soul with their alternative rock vibe and their guitar-forward music, has been a constant in our lives for over the last quarter of a century. The songs are inspiring anthems for our life. Ed Roland, the man behind the music, is a man who is steeped in family tradition, with a mind to the future, and a love for his hometown of Sandy Springs.

Throughout history, the events of our lives have always had a great impact on our work and how we relate to each other in the moment.  It’s no surprise that Ed Roland’s songwriting and his music are very reflective of and inspired by the events of our world today.  The Living Room, Ed’s current project is a poetic response to the coronavirus crisis, full of happiness, and a belief in the fantastic that challenges us to be hopeful.  It was not surprising to learn that after being quarantined for a week in Florida, Ed, along with Jessie Triplett, a fellow member of Collective Soul, Shawn Grove, and Cheney Brannon started making music together.

Ed Roland’s music has been influenced by many recording artists over the years and The Living Room was heavily influenced by Ric Ocasek and The Cars.

“My favorite artist of all time is Elton John. He is the Godfather of songwriting to me, he and Bernie Taupin.”  Other influencers such as Jeff Lynne, ELO, and Michael Ronson, David Bowie’s guitar player, have also shown up in his music. “I think the next Collective Soul record that we are going to work on, I am going to try an incorporate a little more piano, a little more Elton style piano,” said Roland.  It is fair to say that from the beginning with Collective Soul, through The Sweet Tea Project and now with The Living Room that there is certainly much more incredible music that will be headed our way.

Ed freely admits that he loves to experiment musically but that you have to pay attention to your audience and what they want. “The Living Room could never have been released as a Collective Soul record because people would be disappointed.  People want to hear what they believe Collective Soul is, and the audience deserves that because they have been around for twenty-seven years.” Having such incredible insight into their audience has been key to the amazing successes of Collective Soul.  “You know,” said Roland, “I think that if you want to expand in certain things that you need to rename it or rebrand it.”  His dedication to the loyal Collective Soul audiences and the band’s unique recipe for success, has allowed Ed the opportunity to embark on other experimental projects. Like The Living Room or his earlier independent musical adventure, The Sweet Tea Project, Ed Roland is always up for reinventing himself through his music. Different than Collective Soul, The Sweet Tea Project is a more American sounding band that includes a banjo and trumpet.

One of the greatest keys to success is to love what you do. “This is going to sound weird,” says Roland, “but, we love each other. To be in a rock bank and to literally talk to each other every day is like being married four times over. Every night, before we go on, we are high fiving each other, and it is just the joy, it is just that moment, to be with those guys, and to know that people will appreciate what we do.

“When I come home from traveling I really do not want to go that far from home. I have everything I need within three miles of my house.  After renting in Sandy Springs for a year, Ed and his wife Michaeline found their current house and began the process of personalizing their new home. “You know (living in Sandy Springs) puts me at ease and I can actually enjoy my home.”  Home and family are incredibly important. “ A lot of our dear friends all live here and we are all neighbors. And, my wife Michaeline created this for me, it is amazing.”

“My wife called me a creature of habit, and I have found my spots! When I am home very rarely will I venture outside of Sandy Springs.

“If I want my pie, I go to Hearths Pizza Tavern- I love Breadwinner. There is Brooklyn Café and Clay’s Sports Café for wings,” says Roland.  But, if there is something to celebrate, Kaiser’s Chophouse is at top of his list, a classic American chophouse. “When I am home I take my boys to Kaiser’s.  We dress up in suits and we get to pretend like we are Al Capone and eat the big steaks and just have boy-time.” 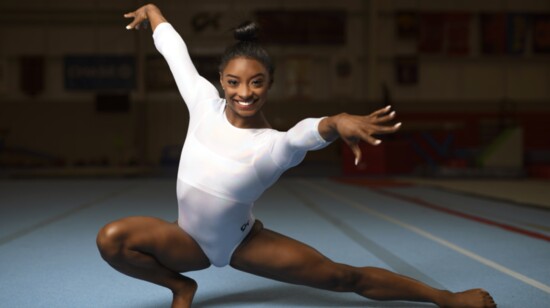