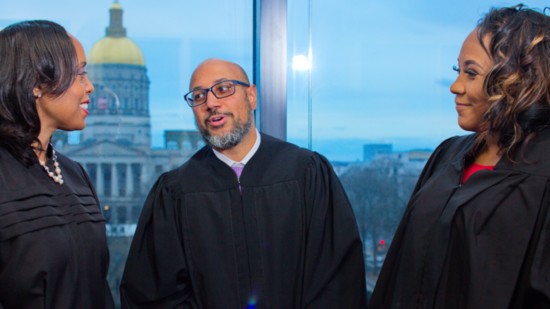 Four Judges Committed to Serving Their Community and the Bench

From limited jurisdiction to a higher court, these judges with a strong sense of duty provide a reflection into their paths to judgeship.

CHIEF PRO TEM JUDGE FANI WILLIS, MUNICIPAL COURT OF THE CITY OF SOUTH FULTON. Appointed by Mayor Edwards in July 2019, Judge Willis is a new chief judge in a new city. Her interest in the legal system was sparked around age 7; she credits her single-parent father attorney for bringing her to court and an Irish judge for allowing her to sit at the bench.She previously worked as Assistant Solicitor for the City of Atlanta, Deputy District Attorney of Fulton County, and has a private practice. Judge Willis presides over low-level criminal offenses, city ordinance violations, traffic offenses, and can appoint up to six pro tem judges.

“I love serving the citizens of South Fulton. It is my greatest honor to serve in the community where I live,” she says.

She received the 2019 Outstanding Service Award from the WAVE (We All Value Excellence) organization and was named 2018 Woman of the Year for Most Powerful and Influential Lawyer.

“I want to make sure the citizens in my city know when they come before South Fulton Municipal Court, they are in a court that has integrity,” she says.

CHIEF MAGISTRATE JUDGE CASSANDRA KIRK, MAGISTRATE COURT OF FULTON COUNTY. Few judges have been credited with creating an independent court system. Judge Kirk is determined to hold herself and her court accountable.

“Created by state statute in the 2013-2014 Legislature, a Taskforce of Stakeholders determined Fulton County deserved a better way of doing Magistrate Court,” she says.

Judge Kirk was appointed by Governor Nathan Deal in 2014 and elected in 2018.

“I believe service is the cost we pay for living in the community,” Kirk says. She continues to structure the court system, provide innovative technology, and empower the community with the dissemination of needed court information. She also serves as Court Administrator responsible for establishing a budget, judicial scheduling, strategic planning, and more.

“Being a judge was a natural fit after being in the court for 20 years and I saw the need,” he says, adding, “I also saw some great judges that were respectful of people who were victims of crime and accused of a crime,” which inspired him to become a judge himself. “These are people’s lives and not just case numbers,” he says, noting that he had also seen judges who were disrespectful as well.

JUDGE THOMAS A. COX, JR., SUPERIOR COURT OF FULTON COUNTY. Insightful and viewing judgeship as the pinnacle of his profession, Judge Cox likes to keep on open awareness of issues that affect the community. Before becoming a judge, he worked in the U.S. Department of Justice in Washington, D.C., here in the Attorney General’s and Fulton County Attorney’s offices, and served as a partner in a number of private law practices, in addition to being a published legal author and past adjunct law professor.

“I see judicial service as a duty to both the public and the profession to which one is called, and if one is called, one should accept,” he believes.

In office since 2017, “I run a pretty formal courtroom, with the hope that the courtroom is always viewed as a place equal to the noble purpose of pursuing justice.”

Having jurisdiction over almost every type of case, with the exception of probate matters, Judge Cox also serves with 19 other judges (including Judge Dunaway) in Superior Court, ruling on domestic, equity, civil, and felony criminal cases.

Considered a lawyer’s lawyer, he was one of National Black Lawyers’ “Top 100 Lawyers.” Recognized by the legal community, he is AV rated by Martindale Hubbell, the highest rating attainable for a lawyer.

“My proudest accomplishments have been the opportunities that I have had to positively impact the lives of young people in my judicial role. That has included seeing young people have an opportunity to redirect their lives through programs and other self-directed efforts that can change their paths,” he says.

“Because society places justice as one of its highest aspirations, our citizens should be mindful of the privilege and importance of selecting an independent judicial branch as a matter of particular importance to Georgia citizens. This privilege should not be taken for granted and is often the subject of attack at various levels in our culture,” says the Honorable Judge Thomas A. Cox, Jr. 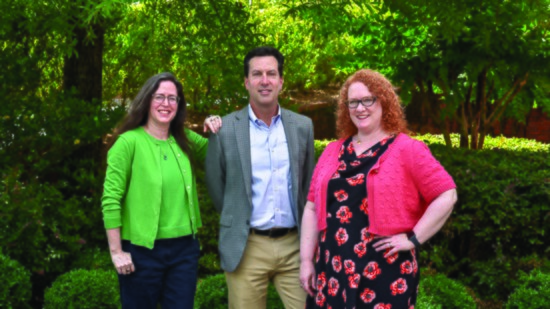