Team Work is Her Dream Work

Erika Cotton does not take NO for an answer.

When a little voice (and finance crunches) discouraged her from getting her Zumba teaching certification in 2015, she powered through to finish and also earned her Athletics and Fitness Association of America certification to be able to teach at her home gym, Life Time Alpharetta

When COVID threatened to shut down the Zumba classes she was teaching, she launched a YouTube channel and filled it with classes for her followers and friends.

And, when gyms were open again, but students weren’t comfortable with indoor workouts, she held classes at Alpharetta’s Brooke Street Park.

“Gene Briski, one of my Zumba besties, suggested the new downtown park. We had about 15 people show up for that class, which grew into a series. It felt so good to dance together again, to connect, to catch up and most importantly to give them a space to relax and forget all their troubles for one hour,” says Erika, a pre-k teacher and now Zumba instructor originally from Lima, Peru.

"I did a class for my other peeps who were not ready to come indoors yet. I led separate groups so we could stay safely distant. I wanted to share this with my friends who were also instructors, so they could experience the joy and rush of positive energy this class brought to me; and they could stay motivated at their gym classes,” says Erika. “So I started inviting them to be my guest at the park. Every class was just amazing.”

Erika then met Anna Virgo from City of Alpharetta, who invited her to join Alpharetta’s Free Fitness Program, leading Zumba in the Park every Wednesday at 7 p.m. The class grew so much over the weeks, sometimes with more than 70 people in some of the classes. “People always had the brightest smiles and friendly attitude, and always came ready to have fun,” says Erika.

In June 2021, the class was moved from Brooke Street Park to Wills Park, after neighbors surrounding the park filed noise complaints, Erika says. “We were a little sad to leave our first home and felt it wasn’t fair, but we gave it a try. I was very worried that the disappointment about having to change locations would affect the energy, the attendance and ultimately vanish the class. So we tried our hardest to make the parking lot as functional, cozy and welcoming as possible."

Gene Briski built a stage so people could see the instructors from anywhere and he set up sound gear. Erika handled decorations, class planning, marketing and coordination with the city. It was a successful transition. “Little did we know, our new home ended up being a much better dance floor. It was surrounded by trees that gave us the perfect shade from the sun and a refreshing breeze. Apparently, it also gave us more exposure, because the class continued to grow and grow,” explains Erika.

She is constantly impressed with the growth of the Zumba family, an inclusive, friendly and energetic crew.

“I couldn’t have done all this alone. Everyone is an important piece of the puzzle. Everyone is needed. Every one is WELCOME to be part of it. This is what Zumba is about. It’s a fun workout while building a community that shares the same passion for dance and moves to the same beat, even though we all come from different parts of the world.”

While the park series ended in November as days grew colder, you can join Erika’s class at Life Time Alpharetta, Mondays at 7:15 p.m. and Tuesdays and Thursdays  at 11 a.m. 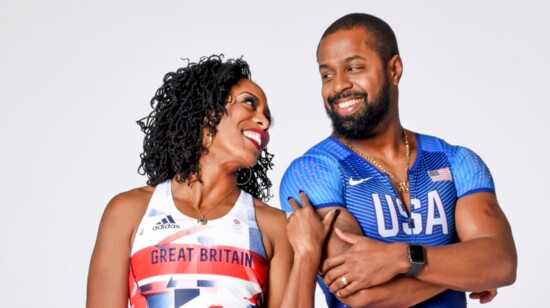