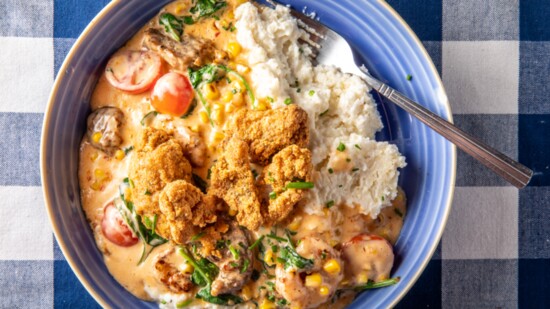 From Harlem Bar to the Breakfast Boys, Lorenzo Wyche is the man to thank for his role as one of the few pioneers of Atlanta's brunch scene. After earning a degree in Restaurant Management, the New York native was inspired by his father to make his way South to begin his business ventures, where he would soon make his first million by just 26 years old and come into contract with over 60 restaurants between Atlanta and Miami, Florida.

Chef Wyche wanted to modernize Black culture within Atlanta’s restaurant scene. Fed up with the usual “scoop of mashed potatoes, canned green beans, and then, a tablecloth over the table… they said it was… soul food fine dining,” he knew the city had more to offer and he set to work to present “a more polished technique on the food.”

“You want that richness with the mac and cheese,” he explained. “You want a great fried chicken; you want delicious vegetables, and a more upscale polish to it.” This idea became his muse for his first three restaurants in Atlanta: Harlem Bar, RARE, and Social House.

Wyche didn’t stop there. He recounts how brunch at Justin’s kicked off the brunch experience in Atlanta with a great number of celebrities like TLC, Chaka Khan, and L.A. Reid who dined at his restaurants. Wyche was sure that he could continue these ventures at other restaurants after he sold some of his own in 2014 and transitioned into consulting. He made his way to Miami and Dubai to help launch local brunch spots there.

Of course, what stands out most here are his newest opportunities in College Park with Virgil’s Gullah Kitchen & Bar and the Breakfast Boys. Wyche is hoping to collaborate with other investors and restaurants on the West Coast, as well as opening a second Breakfast Boys location in Conyers.