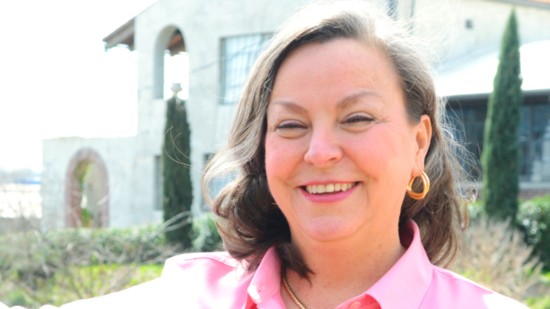 Gena Berry of Sandy Springs is nothing short of than a culinary powerhouse!

Gena Berry, the founder of Culinary Works, is currently the culinary director for the Charleston Food and Wine Festival; Taste of the Derby, hosted by Churchill Downs; Chow Chow, An Asheville Culinary Event; The Atlanta Food and Wine Festival; and the Tampa Bay Food Fight.  In her spare time Gena is one of the most coveted Atlanta food stylists for television and the exploding Atlanta film industry where her work includes television series, commercials, and major motion pictures.  Gena’s credits also include recipe writing, editing, testing, and styling for James Beard Award winning cookbook authors Shirley Corriher, Virginia Willis , and Kevin Gillespie as well as providing culinary support for many celebrity chefs throughout the Southeast United States.

Natalie Dupree, the reigning Queen of Southern cooking was Gena’s strongest female culinary mentor. Gena got her first taste of television when she apprenticed for Natalie’s fist series of culinary television shows in 1985.  Since then Gena’s career has evolved to cover all aspects of the culinary industry in the Southeast including corporate events, weddings, bar mitzvahs, and charity events.  “Ultimately, I had a great career and so many lasting friends that I still get the opportunity to work with twenty years later,” she says.  Apprenticing for people like Natalie empowered Gena to always include young people who are studying the culinary arts in the production of her events.  “In each city I connect with the culinary training community to engage up-and-coming professionals in the food prep and operations.  The students get a chance to learn from the best in the industry and make connections for future work,” said Gena.  “It is so important for the students to get a feel for giving back and how important it is to contribute talent and time.”

“While there are a few meals that have actually brought tears to my eyes,” says Gena.“Honestly, my favorite culinary memory was working in my mom’s kitchen first learning and then sharing my knowledge with her.”

Even though Gena stays quite busy one of the most important aspects of her life is her involvement with her favorite not-for-profit agencies such as the Les Dames d’Escoffier, Southern Foodways Alliance, and the Women’s Foodservice Forum. For Gena, the most rewarding part of her work comes after the last guest leaves.  “We always quickly pack up the food that was not served and deliver it to a food bank for distribution to those who need it”, said Gena, Philanthropy is a common thread amongst all of the events that I work with!”

For more information about Gena Berry and Culinary Works please visit the website at Culinaryworks.com