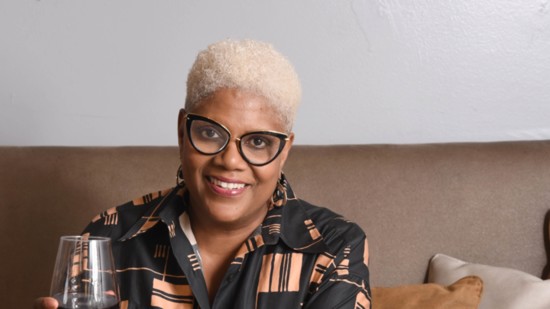 “Black is Beautiful initiative is a collaborative effort amongst the brewing community and its customers, in an attempt to bring awareness to the injustices that people of color face daily.”

The brain child of Marcus Baskerville, founder and head brewer for Weathered Souls Brewing Company in San Antonio, Texas, Black is Beautiful has evolved from its recent beginnings to an international campaign currently working with over 913 breweries from every state and from seventeen countries across world.  Everyone is brewing a stout and Weathered Soul will provide the base recipe.  While everyone will be working with the same basic recipe all brewers have been asked to place put their own spin on the Black is Beautiful beer. Midtown’s own Steady Hand Brewery is leading the charge here in Atlanta!

This now global initiative spoke to Brian Sullivan, head brewer at Steady Hand brewery and he immediately jumped at the opportunity. “Craft brewers embrace collaboration and the response has been overwhelmingly positive,” said Sullivan.  Immediately Brian reached out to a couple of friends including one of Atlanta’s hottest chef personalities, Chef Deborah VanTrece of Twisted Soul Cookhouse and Pours and “iconic DirtySouth legend” DJ Jelly.  The plans are to introduce a unique flavor of the region and to collaborate in the creative process,” said Sullivan. “Deborah will be creating an element of the beer to impart a truly Southern flavor to our own special version of Black is Beautiful.”  We already can guess that this incredible Twisted Soul Cookhouse and Pours influenced Steady hand Stout might have notes of cherry, some peanut, or even sweet potato.

Organizers of this collaboration are asking brewers to support social justice initiatives and make a commitment to stand for social equality in their communities, across this country and around the world.  Proceeds will be going to Color of Change, the nation’s largest online racial justice organization as well as local Atlanta not for profit empowerment organizations like Page Turners Make Great Learners. While raising money is important to this project, Weathered Souls and Steady Hand believe that the real issue is “bringing education and information, which will bring forth change to a system that has fractured so many families and has been broken for decades.”

The release date for Steady Hand’s version of Black is Beautiful is scheduled for August 15th and will feature DJ Jelly and culinary creations form many of Atlanta’s black owned restaurants including Twisted Soul Cookhouse and Pours.