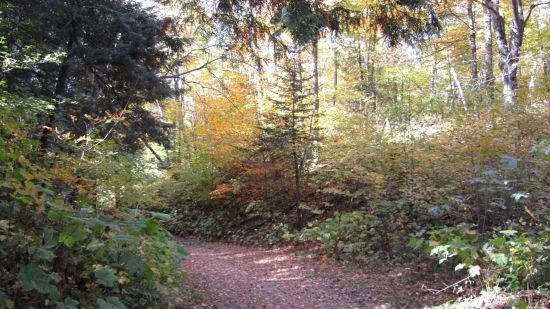 Look at a map of Wisconsin and you’ll see a small peninsula that almost looks like the state’s pinky finger. That “pinky finger” is Door County, a charming peninsula full of breathtaking scenery, art galleries, apple and cherry orchards, fish boils and lots of maritime history.

Door County, 70 miles long and 18 miles wide, is located between Lake Michigan and Green Bay. It’s an hour from city of Green Bay and two hours from Milwaukee.

White Fish Dunes State Park has 863 acres of forest and the highest dunes in the state. I hiked two miles on the Red Trail, and it was an enjoyable hike to Old Baldy Lookout, the tallest dune in the park and rises 93 feet above lake level. The view from the observation platform was worth the effort. Another highlight is that the park is home to eight Native American villages from 100 BC to the late 1800s.

After hiking earlier that morning at White Fish Dunes, we kept our hiking boots on and went to Cave Point County Park for another outdoor experience. Cave Point is the most iconic natural landscape of Door County. Lake Michigan’s waves are impressive and often go as high as 30 feet. These waves, over the centuries, carved out the nearby limestone into sea caves and dramatic scenery.

Our last hike was at Potawatomi State Park. It’s a 1,225-acre park northwest of Sturgeon Bay, on the Bay of Green Bay. The park is named in honor of the tribe that inhabited Green Bay’s shore and islands when Europeans first settled the area. What’s fascinating about this park is the Ice Age Trail, a 1,000-mile National Scenic Trail that is near the edge of the last continental glacier in Wisconsin.

Last, but not least, we visited the Ridges Sanctuary, which has 30 ridges formed by the lake. While walking the trails, we saw the lights of Baileys Harbor, the only lakeside town in Door County. Found in the sanctuary are almost 500 species of plants, including 25 species of native orchids, 60 species of breeding birds and 12 threatened or endangered species, including the Hine’s Emerald dragonfly.

Door County was founded by settlers from Scandinavia, and there are still restaurants whose cuisine harkens back to those early days. Most of the food is farm-to-table, fresh and delicious. There are a lot of fish dishes, of course, but expect to see cherries and apples in everything from breakfast food to wine.

We went to a couple of fantastic restaurants.

Sonny’s Pizzeria, which is a family-owned pizza place, has been around in Door County for 20 years. The pizza is Chicago-style and authentic Verace Pizza Napoletana. There's also a local brewery inside the restaurant, the Bridge Up Brewing Co. We tried almost everything on the menu, including pizza, lobster ravioli (with six jumbo shrimp added to the red pepper cream sauce), chicken Caesar salad and cheese bites. I particularly loved Bridge Up Brewing Co.’s ales and IPAs.

We had lunch at Scaturo’s, a local cafe and bakery, where the food is locally made. Make sure you are extra hungry because the portions are huge. I had a meatball grinder, and it was massive. While you are there, don’t forget to try the Door County Ultimate Burger, which has two-year-aged Renard’s white cheddar. Last, but not least, warm up with Scaturo's award-winning Turkey & White Bean Chili.

We had dinner at Waterfront Mary’s Bar and Grill, which is a restaurant that overlooks the waterfront. They have tables outside where you have great views by the dock. I had the reuben sandwich with fries. Be sure to try their harbor wraps or their waterfront fish boils. They are worth savoring.

On the final night, we visited the Old Post Office Restaurant for a fish boil cookout. The restaurant has been around since 1874. The fish boil is a Door County tradition dating back to the late 1800s by Scandinavian immigrants needing to feed large groups of fishermen and lumberjacks. There’s nothing fancy about a fish boil. It’s simply fresh-caught Lake Michigan whitefish, potatoes, onions, coleslaw and bread, but the actual fun is the surprise at the end when the fish master pours kerosene on the firewood and it flairs up.

Coffee lovers rejoice! If you like homemade local coffee, be assured that you will find the best here. We visited the Door County Coffee and Tea Company, a family-owned landmark since 1993. So what makes their coffee really special? They use Speciality Class 1 Arabica coffee beans, which are the top 2% of what is grown in the world. We had breakfast at the coffee shop while having a presentation from the owner of the shop. If you are a coffee lover, you will enjoy their coffee.

For a small peninsula, there is a lot to see and do in Door County.

We took a tractor ride across the river and visited the Cana Island Lighthouse, another Door County landmark. The tractor ride to the lighthouse is worth it. The Cana Island Lighthouse was built in 1869, and 150 years later, it is still operational. It is located on the island north of Baileys Harbor and was the original home of the lighthouse keeper and his family. There is an oil house where fuel for the light was stored. After climbing 97 steps, you’ll find an outdoor deck at the top, which is perfect for taking pictures.

The Door County Maritime Museum opened in 1969m and it has four galleries throughout, including lighthouses; model ships; and ship wrecks, including artifacts from the Edmund Fitzgerald, a freighter that sunk on Lake Superior and was made famous by Gordon Lightfoot's song. It is located next to the historic 1931 Sturgeon Bay steel bridge. At the end of the tour, we went behind the scenes inside a simulator where we drove a ship. How cool! For all history lovers, this is the place to visit.

Another fun way to explore Door County is to visit its many art galleries, including Edgewood Orchard Gallery, which features the works of more than 100 artists. 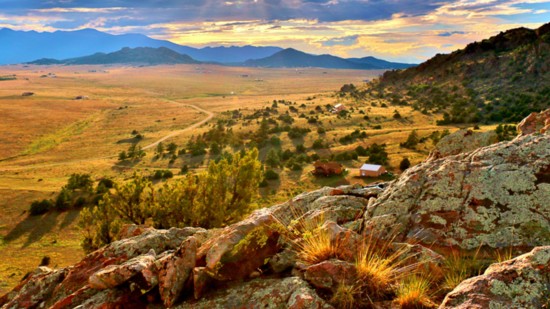