Natural Body Spa will be celebrating its 30th anniversary in May. CEO Cici Coffee founded Natural Body Spa in 1989, Celia Tully joined her as partner and marketing officer in 2000. They now have 11 locations—nine of which are in Atlanta—and more than 300 employees.

The two women met back in 1997 when Celia approached Natural Body about being part of an alternative medicine practitioners' network she was developing. Between business meetings and running into each other socially, they got to know each other well.

CiCi, who was born in Atlanta, was a natural foods broker in the late '80s. Selling natural health and beauty aids was her first introduction to products made without synthetic ingredients or harsh preservatives and not tested on animals. When she noticed a trend toward these types of products, she founded a small store in the Morningside area of Atlanta. CiCi carved out a niche selling these products strictly on a retail basis, and very quickly customers started asking for instructions on how to use them at home. This was the evolution of Natural Body Spa.

When Celia joined the business, a great team was formed. Originally from St. Augustine, Florida, she moved to Atlanta in 1990. With a bachelor’s degree in health promotion and exercise physiology as well as a master’s in healthcare administration, she was a perfect fit. After years of working for hospitals, she welcomed the opportunity to get back to her roots.

Becoming a partner in the spa “allowed me to come full circle back to what I was passionate about from the outset, which is preventative health care and wellness."

Celia is also passionate about culinary arts and has served on the boards of the Atlanta Chapter of the American Institute of Food and Wine, as well as Earth Share of Georgia, an environmental nonprofit. She loves to travel so she can experience the cuisines of other cultures and countries.

Today, CiCi and Celia live about three miles from Midtown. Both women serve on the board of the Green Spa Network, an international spa trade association in which CiCi was a founding board member. This group is dedicated to bringing sustainability to the spa industry.

Natural Body Spa offers services such as microdermabrasion, HydraFacials, massages, natural nails and waxing. They also carry a wide range of retail products for both women and men like soaps, lotions, hair care products, bath salts, candles and a variety of CBD products. Licensed massage therapists, licensed aestheticians and licensed nail technicians perform these services, and many have been on staff for years.

In addition to their spas, they have branched out with a new enterprise called Skin ReMEDI, which came into being at the end of 2017. The first center is two doors down from their flagship Natural Body Spa in Morningside, and the second opened in Alpharetta this past fall.

Skin ReMEDI offers injectables like Juvederm, Restylane, Botox and Dysport, as well as laser skin resurfacing, laser hair removal, body contouring and something fairly new called microneedling facials. In this procedure, very fine penetrations of the skin are done to stimulate and restore collagen. Additional products may be incorporated which are driven deep into skin to hydrate and plump.

The Natural Body Spa and Skin ReMEDI centers are well thought out and comfortable. CiCi has an artistic flair and designed all of the spa locations. As soon as clients walk in the door, they are enveloped in natural pleasing scents from aromatherapy oils. The decor has soothing colors and is low-key. The natural wood gives a somewhat rustic feel that is appealing to both men and women.

“It’s a very pretty, relaxed environment; we are not rushing people in and out,” Celia says. 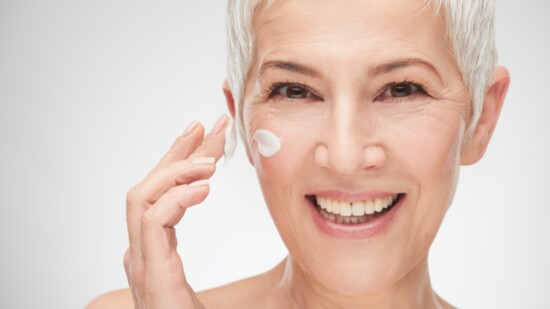