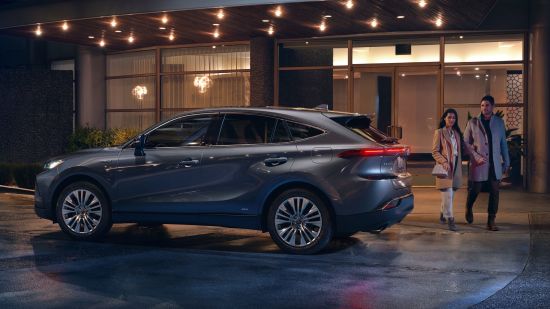 Toyota Brings Back the Venza

After a five-year hiatus, Toyota brought the Venza back to compete in the growing midsize crossover segment. And, it’s a good decision because this SUV will give its competition, like the Ford Edge and the Subaru Outback, a run for its money.

This Venza is Toyota’s 10th hybrid. In addition to the Prius, which is all-electric, the company has the Miraj, a hydrogen fuel electric car. Together this certainly makes Toyota the leader in alternative gas vehicles, something they started with the introduction of the Prius back 1997. The new-generation Toyota Hybrid System combines a high-efficiency 2.5-liter DOHC four-cylinder engine with three electric motors. The gas engine employs Variable Valve Timing-intelligent system by Electric motor (VVT-iE) on the intake camshaft and VVT-i on the exhaust camshaft. A variable cooling system (electric water pump, electric thermostat) and a fully variable oil pump further help improve engine efficiency.

The Venza delivers 219 horsepower and a projected whopping 40 combined MPG in the LE trim. That is fantastic not only for your wallet but also for the environment. You also will get the eco warrior star on your block!

What we particularly liked was how comfortable the cabin was, particularly with the Star Gaze, a fixed panoramic glass roof. This is a first for Toyota! Another cool feature is the Electrochromic glass technology that allows drivers to switch from transparent to frosted glass modes. In the frosted mode, Star Gaze brightens the interior while reducing direct sunlight, giving the cabin an even more open, airy and inviting feeling.

Helping the comfort factor are standard power seats (8-way driver on all grades and 4-way passenger on Limited), a calm atmosphere thanks to its strategically placed sound-blacking and absorbing insulation and roominess for five.

The Venza, which should be hitting showrooms in late summer, is reported to be priced in the low $30,000s. Quite a bargain! We’re glad Toyota brought the Venza back—and it’s better than ever!