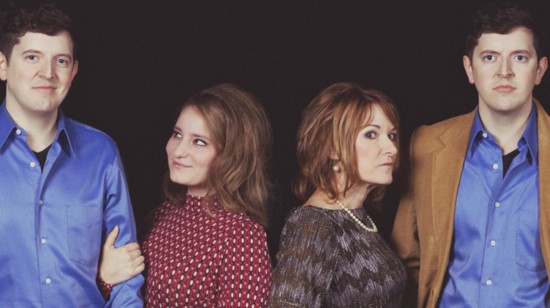 “The Annual MAT awards is a fantastic way to recognize the many talented theater professionals in Atlanta, as well as the exceptional work being done by community and semi-professional theatre companies throughout the city,” said Michelle Davis, Act3 Productions’ artistic director. “The attention generated by the nominations helps fill seats in general, while it raises the bar for the artistic and technical work being done.”

Act3 Productions is nominated for the following MAT Awards:

Congratulations to our 2019 Metropolitan Atlanta Theater Awards nominees! And thank you to all the artists who made our 2018-2019 season so special.

Act3 Productions offers a full repertoire of musicals, dramas, improvisation and original productions performed by professional and amateur actors of all ages on its home stage, Act3 Playhouse, is located at 6285-R Roswell Road in Sandy Springs. Since it’s inception in 2010, Act3 Productions recognitions include: 57 MAT(Metropolitan Atlanta Theater) awards, as well as the prestigious President’s Award. Through its youth division, the Act3 Arts Academy, the company offers classes, workshops, camps and performance opportunities designed to expose young people to drama, dance, music, visual arts, technical production and more both onstage and behind the scenes. The company has won four awards at the Junior Theatre Festival, as well as numerous individual awards. Act3 is a 501(c)(3) organization supported by corporate, foundation and individual donations. Act3Productions.org Winners were announced at an awards ceremony at the Roswell Cultural Arts Center recently. Stay tuned for more news.