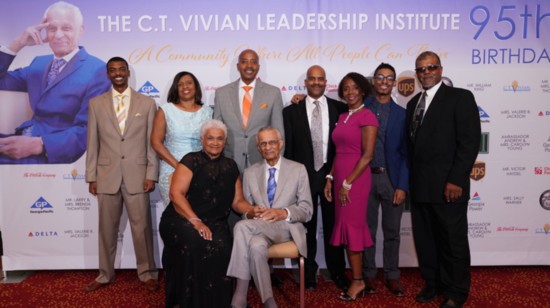 A Community Pays Tribute to His Continuing Legacy

A tribute to the life and legacy of one of Atlanta’s most acclaimed citizens is being plan for Tuesday, July 30, 2019 at 6:00 pm. at the Hyatt Regency Hotel in downtown Atlanta.   The Reverend Dr. Cordy Tindell Vivian, is being honored for his 95th birthday by his community for his what he has done, what he continues to do, and for leaving such a legacy that presidents around this world aspire to achieve -- It was President Barack Obama who awarded Vivian the Presidential Media of Honor.

Vivian continues to work toward enhancing and refreshing his legacy--the C. T. Vivian Leadership Institute, an organization that strives to build a community where all people can thrive.