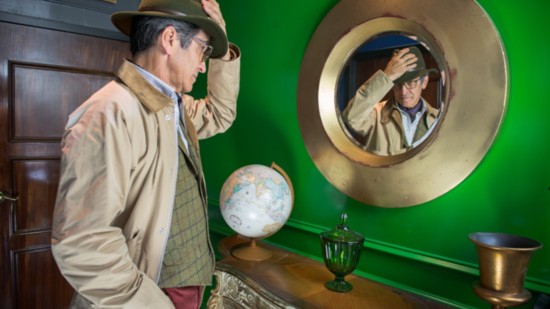 H. Stockton, with its four locations in Atlanta, has been in business since 1963. Founded by Ham Stockton, it has become a venerable institution in the area.

Ham’s son Chip, who now runs H. Stockton, started working at the store when he 12, doing things like restocking the Coke machine, tidying up the store and clothing tables, going to the post office and changing the A/C filter.

Growing up, Chip saw the pure joy that came from the store. He enjoys it most when customers are happy, and not just from the purchases, but from the store environment and the people working there.

“People thanking me is the ultimate satisfaction.”

Ham’s other son, Court, managed the Midtown store before his passing. He didn’t start working there until he was 26 since he had another business prior to that. Even though he’s no longer around, he’s still a big part of H. Stockton. Customers to this day reminisce about the fond memories they have of him.

Ryan Stockton, Ham's great-nephew, works out of the Park Place store and has a hand in most tasks. Ryan got involved when he was 17, working part-time while in high school and college. He then became full-time at the age of 24.

H. Stockton is a true family-run and owned business. Of course, Ham still likes to keep his hand in. He’ll park his Cadillac outside the stores, come inside and, while there, greet customers just like he did back in 1963. If they’re thirsty, they will be offered a Coke, a bottle of water, a coffee, tea, hot chocolate or whatever else they have in stock.

Asked what the secret to their success is, Glenn Au, the e-commerce/marketing manager, says it’s all about the personal service. Their associates, who are clothing experts, have been have been with them for years. They know what questions to ask and how to carefully listen in order to find exactly what customers need. Many of these longtime customers have also developed close relationships with the associates who assist them year after year.

H. Stockton appeals to customers from all walks of life and ages. Every location also has a master tailor in-house, and they also do follow-up calls to make sure everything is to the customer’s expectations.

“The reason we've been around since 1963 is that you can get clothing at so many places now, but the biggest thing is service. You can’t find that everywhere,” Glenn says. “Although we have great quality products, it’s the service that separates us from the rest.”