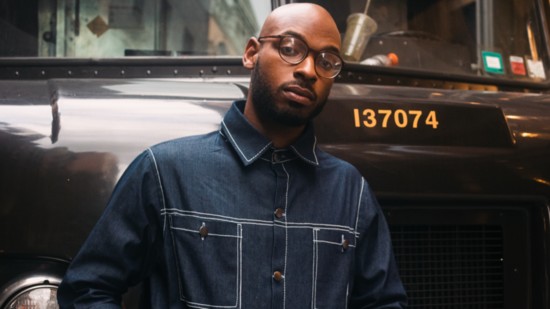 SoFu's Own Jordan Carter Sets Out to Change the Rap Game

Jordan Carter was busy this summer, but not with vacation plans or hanging out in the city. Instead, he was busy preparing to shoot a video with Atlanta rapper Bone Crusher, working on a rollout plan for his next album after finishing a promotional tour in Washington, D.C., Boston, Philadelphia and Brooklyn.

The South Fulton native is making his mark on the rap scene having just released his latest album in May, “My Favorite Things 2.” Carter graduated from Benjamin E. Mays High School in Atlanta and recently earned his master’s degree in music from Columbia University. His YouTube page has over 10,000 subscribers and he’s been featured in Forbes Magazine. Carter is showing no signs of stopping this summer, instead he is trying to redefine the rap game.

Carter’s sound is very unique in that his Southern drawl is infectious and his raps are social commentary. His lyrics are clever and thought-provoking, and his cadence and delivery masterful. One listen to his music is fastening your seatbelt on a musical adventure.

After viewing a couple of his videos on his YouTube page, he reminds you of Academy Award-winning rapper and actor Common or a younger version of Andre 3000, one half of Atlanta music duo OutKast, one of Carter’s favorite rappers.

“Rappers are just content creators now,” Jordan stated. “It takes no skill whatsoever and that’s a little disappointing because I’m in this for the art of hip hop. I love it. I love the metaphors and I love rhythm.”

The musician started piano in kindergarten and picked up various instruments, including the xylophone, marimba and triangle. He was the principal percussionist in the Atlanta Symphony Youth Orchestra. He also incorporates instrumentals in his music, such as jazz elements.

Since the release of “My Favorite Things 2,” Carter is trying to keep up with the demands of social media and staying relevant.

“You just have to do something nobody’s seen before,” Carter said. “You’ve got to keep people from not being bored.”

He credits country music rapper Lil’ Nas X’s overnight rise to fame by gaining attention on social media. Admittingly, he is still trying to figure out how to position himself on social media platforms, which he calls a job.

“I just have to shift my thinking,” Jordan said, which includes his passion about reversing the legacy of hip hop, which he calls “our music.”

When asked about his favorite song in his catalog, he answered, “Now They Beggin’ on the Curve,” which contains a catchy hook stating, “They used to say I was a nerd, but now they beggin’ on the curve. They be like, Jordan what’s the word? I don’t know girl, what you heard?”

He performs this song because it reminds him to be resilient and confident in who you are.

His thoughts on what he envisions his legacy to be are reminiscent of the message he sends in his music and today’s political climate.

“I want people to know that no matter how progressive or how woke you think you are, if you can’t sit down at the same table with somebody you disagree with and break bread with that person, then we’re going to continue to lose,” Carter said.