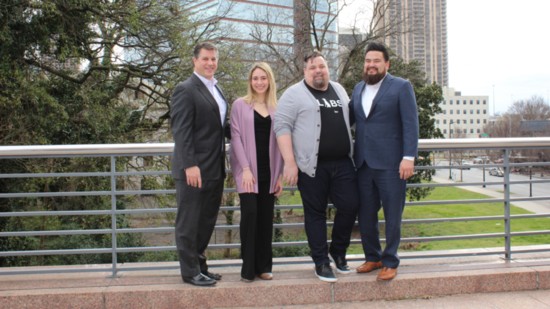 Justin Landis, owner of the Justin Landis Group in Atlanta, is passionate about helping his clients find their dream homes. He is also truly devoted to helping end homelessness.

“Everyone deserves a dream home. We help our clients find their dream homes, but most nights more than 7,000 people in Atlanta do not have a home."

This is why he decided to take the Keller Williams 90 in 90 Campaign to the next level. The 90 in 90 goal is to sell 90 homes in 90 days and is a way for agents to grow their businesses. However, Justin decided to make it an even bigger challenge by uniting the real estate industry for a great cause.

In 2018, his 90 in 90 goal was to raise $90,000 in 90 days. He asked everyone involved in a home sale, such as attorneys, lenders, home insurance and moving companies, to pitch in with whatever amount they felt comfortable giving.

“A lot of people want to do good, but there was not a vehicle to do it together that multiplies, and that is the key—that it multiplies.”

Last year in March, April and May, more than $90,000 was raised. The goal was actually met on the last day at 4:09 p.m. Money came not only from the parties involved in the transactions but also from the community.

The Atlanta Mission, whom they partnered with and awarded the money, also asked its donors to match the amount. Another $180,00 was raised, and all in all, a grand total of $270,000 was raised in 90 days.

“That’s the power of people doing things together.”

The Atlanta Mission uses this money to get its clients off the streets and into programs that provide housing, counseling, vocational training, addiction recovery, daycare, education and other vital assistance.

“The awesome thing is that when people complete a program like this, they've rebuilt all aspects of their lives and rarely fall back into homelessness,” Justin says.

This year, the challenge is on once again. In March, April and May, the goal will be to raise at least $90,000 in 90 days. Other agents and teams have elected to take part this year, and a handful of Keller William brokerage offices are doing it as well.

Most promotion is done through word of mouth, and one of his big supporters is Rick Hale, managing broker and owner of Rick Hale and Associates. Rick owns six offices in Atlanta and truly believes in the program. Since the proceeds this year are going to various charities, one that Rick has chosen is Every Woman Works, which helps women and families literally work their way out of homelessness. He also stands in as a father figure for a few shelter children, so this campaign is near and dear to his heart.

“We’re in business with amazing people who are committed to helping the cause,” Rick says.

Justin is now in the process of starting a charity called Good Key. Its goal will be to become a conduit between the industry and organizations that are helping the homeless, as well as to spread awareness and raise funds.

“I have a dream that the real estate industry can be united to do a greater good,” Justin says.

For more information or to get involved is this 90 in 90 Campaign, visit JustinLandisGroup.com/90-in-90.