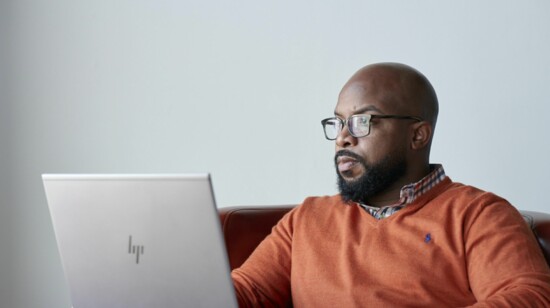 A few hours away from South Fulton at Albany State University, Donald Hawkins studied educator W.E.B. DuBois, who argued that “college-educated Black men should sacrifice their personal interests and use their education to lead and better the Black community.”

That notion never left Hawkins, an entrepreneur who has flourished in the technology space. And when George Floyd was killed in May 2020, DuBois’ charge swelled in importance to Hawkins.

The result is the development of a Black-owned digital bank, First Boulevard, an online financial institution “focused specifically on improving the financial livelihood of Black America,” Hawkins said.

The reasons for this ambition are clear: “Black America is by far the most mobile-exclusive community when it comes to banking in America, and as a digital-only bank, we couldn't be in a better position,” Hawkins said. “First Boulevard is focused on placing state-of-the-art banking tools and features in the palms of our members' hands.”

First Boulevard, Hawkins said, will launch in the third quarter of this year. Those interested in joining its early access list can do so by signing up on the website, BankBlvd.com. Investors include actress Gabrielle Union, AutoZone Chief Financial Officer Jamera Jackson, and the only Black-owned bank in Texas, Unity National Bank. First Boulevard will feature early direct deposit, cash back for buying Black, no hidden bank fees, and national ATM access.

“Black America can win if it takes control of its $1.4 trillion in annual economic impact,” Hawkins said. “I researched the success stories in other communities that utilized their communal dollars to build themselves up. Black America is desperately in need of. Instead of just being angry and frustrated with the systemic issues holding back my community, I'd place my energy and resources into developing meaningful solutions to help Black America win.”

To close the growing wealth gap in America, Black support of Black business is critical. Towns like Rosewood, Florida, and Tulsa, Oklahoma, were all-Black communities of a bygone era that flourished with Black-owned businesses. At the center of those cities were Black-owned banks. Rapper Killer Mike has also launched a digital bank, Greenwood, to address the need.

“It’s something I support,” said Joe Dean Roberts, a College Park resident. “We have to spend with each other to lift each other. That’s what other races have done. We have to make the difference for ourselves. We have to.”

Indeed, Hawkins pointed out, “In 1869, Goldman Sachs was founded by a Rabbi's son, because at the time, Jewish Americans were having a hard time placing their dollars in White banks. Similarly, Italian Americans founded Bank of Italy that grew into what we know today as Bank of America. With both examples, those communities were able to use financial platforms to boost their circulation of money—something Black America is desperately in need of.”

There are 41 Black-owned banks in the country, 21 of which are not-for-profit credit unions, according to Investopedia.

“Black banks were a critical part of the movement for Black America,” Hawkins said. “Similar to HBCUs, Black banks were established as a safe haven for Black dollars after many disastrous and sinister occurrences in the banking industry that largely resulted in the Black community being on the losing end.

“Representation matters and it's critically important that Black America creates its own seat at the table,” Hawkins asserted. “Black banks could play a pivotal role in helping our community in controlling our $1.4 trillion in annual economic impact. It's of the utmost importance.”