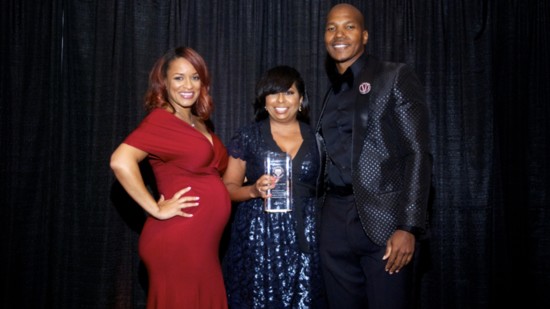 This Kickoff Gala fundraiser will be an annual gala to support the Morehouse Football program and to kickoff the upcoming season, pinning the upcoming season’s team captains and recognizing previous Season All Conference and All American players. This year they have 10 Pre Season All Conference Players including the SIAC Preseason Offensive Player of the Year, Santo Dunn.

All proceeds went to scholarships, facility and equipment upgrades for Maroon Tiger student athletes and to support other needs of the football program! The event featured an outstanding group of honorees, music from members of the Morehouse Band, the best band in the land, and a silent auction! We’ll also be hearing from Morehouse President, Dr. David Thomas, Athletic Director, Javarro Edwards and the Head Coach, last year’s SIAC Coach of the year, Rich Freeman.

The outstanding group of honorees include Alumni Honorees: Jerome Boger, class of ‘76. A NFL Head Referee, Boger is a great supporter of our alma mater and a true son of Morehouse. C David Moody, class of ‘78, is the founder and President of CD Moody Construction and a Morehouse College Trustee.

Community Honoree: Andrea Carter graduated from Spelman College in 1990. She is the Atlanta Hawks Vice President, of Corporate Responsibility & Inclusion.

Blazing Tiger Honoree - Awarded to the outstanding senior leader on and off the field from the prior year’s team. This year’s winner is Treyvon Luckey, a Morehouse College Sociology Major. Treyvon is working this season as Assistant Coach while he finishes his degree.