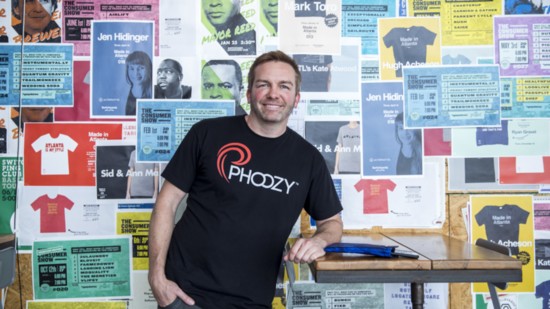 The Men of Midtown

Following Their Own Paths to Success

Dr. Christopher Brady is an orthodontist and partner with Atlanta Orthodontic Specialists. He has his father, an oral surgeon, to thank for sparking his interest in dentistry.

Originally from Atlanta, he and his wife, Sarah, who have been married for almost 10 years, live in Brookhaven with their daughters, 7-year-old Ellis Anne and 5-year-old Hayden. Sarah, a commercial real estate attorney, also works full-time, so their lives are busy.

Dr. Brady's advice to others is to find a good work/life balance.

“Something my wife and I share and talk a lot about is how we make a conscious decision to find time to spend with our daughters and each other,” he says. “One of the reasons I love being an orthodontist and being my own boss is that I can set my own schedule. I can be at all of my girls’ ballet recitals, gymnastic events and soccer games. I can also develop relationships with and treat my patients while still living life on my terms.”

One of his favorite things over the last few years is his Christmas present from his wife. It’s a small calendar with four date nights a month circled, in which babysitters are already lined up. All they have to do is choose where to go.

“We get so excited about it and usually spend it eating in one of Atlanta’s great restaurants. We explore the city and take advantage of everything Atlanta has to offer,” he says.

The family also loves to travel, spending time at Lake Burton in North Georgia and skiing out West.

Atlanta Orthodontic Specialists has four locations in the Atlanta area and provides high-quality orthodontic services for adults and children.

Josh Inglis moved to Atlanta 19 years ago. He finds the people friendly, the weather great and the cost of living reasonable. He lives with his mini goldendoodle, Georgie, whom he calls his little buddy.

Another move Josh has recently made was leaving his 15-year career with a major corporation to start a business with his friend Kevin Conway, a former professional race car driver. As big outdoor sports buffs, they realized there were no products on the market that could prevent their phones from extreme weather conditions and from sinking in water. So, they decided to come up with a solution of their own. Thus, the Phoozy, a high-tech military-grade phone protector, was born.

Two years later, with their product selling at Best Buy and REI, they’re glad they took the risk. Like many people, Josh thought about starting his own company for years. He wants people to know that it can be done and encourages others to follow their dreams.

The No. 1 piece of advice he can give is recognizing your own strengths and then finding a trusted partner who not only complements them, but also has the skills you don’t possess.

“I couldn’t imagine doing this on my own,” Josh says.

The second piece of advice is to be financially prepared. You may not make much money at first and need to reinvest any revenue in order for the business to grow. Don’t be afraid to call in favors from others in the industry. An entrepreneur needs to be resourceful.

Lastly, according to Josh, you’re going to have to accept that not everything is going to go perfectly at first; you have to learn from your mistakes. The most important thing, though, is getting started.

Ray Owens, an optician with Thomas Eye Group, thanks a mid-life crisis in the '90s for changing his life for the better. Tired of working at his government job, he wanted a new long-term career and encourages others to find what makes them happy.

Originally from Atlanta, he returned after being away for 30 years.

“I love the diversity. We have so many ethnic groups, so many religions, so many lifestyles; everybody just goes about their business, gets along and we all mesh well,” Ray says.

He and his fiancé, Mike Canfield, live with Nolan, their 14-month-old, 15-pound Basenji/terrier mix. They love to take him for walks and to Piedmont Park, and Mike says he’s the world’s most photographed dog.

The couple volunteers with various organizations doing food drives, working in soup kitchens and with other opportunities through church. They feel strongly about assisting others. For example, Ray says that if a homeless person approaches and asks for help, instead of giving him money, he’ll go to a supermarket and buy him food.

Ray is happy with his second career and encourages others to take the leap. He says it’s fun helping customers pick out the right frames and then seeing the huge smile on their faces when they put on their new glasses.

“Their faces light up, and it’s nice to be able to help people see,” Ray says.

He’s also fortunate to work three blocks from home, so he’s home by 5:15 p.m. and has weekends off. This leaves plenty of time to enjoy his family and friends; his dog; and his crossword puzzles, which he admits to being addicted to.

John Rothermel is the owner of Highland Diamond, a friendly neighborhood jewelry store in Atlanta. Specializing in all types of diamond and color stone jewelry, they can customize, design and repurpose any piece of jewelry.

John became interested in jewelry when he started working for a high-end auction house. Wanting to increase his knowledge, he attended the Gemological Institute of America. His career really took off when in 2012, Jake Owen, a friend of his, became a famous country music star and asked for his help in designing an engagement ring. The singer credited John with the design in People Magazine.

John is a true entrepreneur, having started several businesses in the last 10 years.

“My advice for those thinking about starting their own business is to not hesitate and take the first step as soon as the thought enters their head," he says. "Who cares if it fails; you'll never know unless you try. And I never wanted to live my life looking back wondering if I could have done it or not.”

One of his favorite quotes is from Erin Hanson: "There is freedom waiting for you on the breezes of the sky and you ask, ‘What if I fall?’ Oh, but my darling, what if you fly?"

Besides jewelry, John has a strong interest in fine wine and bourbon. The jewelry store always has a selection of the finest whiskeys in the world available complimentary for clients to enjoy. He also has an interest in artwork, and the store has a rotating selection of fine art on the walls.

“These businesses and interests all flow together cohesively to create a fun and exciting life,” John says.

When not in the store, John volunteers his time as an auctioneer at many charitable events around Atlanta.