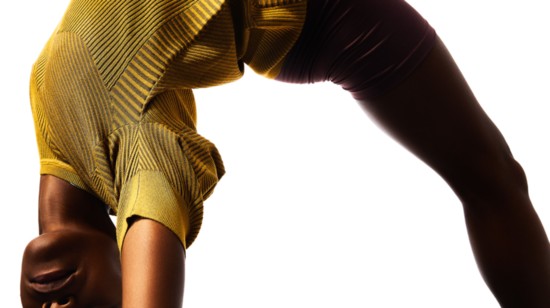 O. Studio Design is a knitwear brand heavily influenced by athleticism and futurism. It was founded by Atlanta-native El Lewis, a creative director, stylist and strategist who launched the brand with a gender-fluid assortment and circular business model that includes digital design, textile innovation and sustainability. O. Studio Design is for individuals who want the option of wearing the same knitwear to the office with slacks or for a night out with joggers or jeans. Lewis’ goal is “to provide people with dependable staples, a uniform.” Two key sweater styles from the launch include “The Commander” and “The Pilot,” which reference the rankings within NASA.

suakoko betty (pronounced SWAH-ko-ko) is a womenswear brand inspired by modern African design.  Owner and creative director Charlene Dunbar was born in Liberia and moved to Atlanta when she was eleven as a civil war refugee. suakoko betty celebrates African design by weaving it into everyday style and has been featured in Belk, ESSENCE and collaborations with major brands. suakoko betty recently partnered with textile designer Lovetta Conto to develop a custom print resort collection and elevate African artists. SuakokoBetty.com

Megan Huntz makes a women’s Ready-to-Wear collection built on the belief that elegance can be an everyday practice.  As a southern woman, Huntz's collection shows a special admiration for a great party dress. With a practical eye, modern influences and a love for silk, her collection includes statement dresses and separates that transition from day to evening and transcend the seasons – all designed and produced ethically in Atlanta. In September of 2018, she opened her flagship shop, located in the Poncey-Highland neighborhood of Atlanta. Known for its clean lines yet undeniable feminine touch, the line has become a favorite of creative women, of all ages and all backgrounds.  MeganHuntz.com