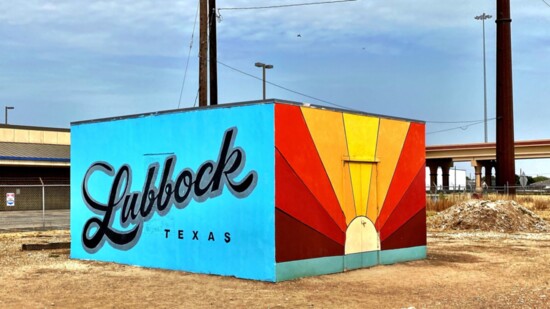 Wining, Dining and the Arts in West Texas

You don’t just “happen by” Lubbock. The city has an international airport, so it’s a snap to get there, but it’s roughly a five-hour drive to any of the other large cities in the region (El Paso, Albuquerque, Dallas-Fort Worth). Tourists flock to artsy Austin and even trek to explore Marfa’s cool and eclectic offerings, but Lubbock seems to have flown under the radar for many years. With the ongoing revitalization of its historic downtown business district, an award-winning food and wine scene, and enough art and history to pack an itinerary, Lubbock is finding its way onto even the most discerning traveler's list of destinations for 2021.

The city has its roots in agriculture and medicine. It’s the medical hub of the region with Texas Tech University at the center. The land produces four million bales of cotton a year, which is a quarter of the nation’s crop and is the second-largest wine-producing region in the United States.

Texas wine is underappreciated and in many cases, unknown. The terroir is well suited for vineyards, with long, hot summer days and cool nights, not all that different than some regions in Northern California. Conditions are perfect for Spanish, Italian and some French grapes. The environmental influences of the Texas High Plains also make it possible to grow grapes without the use of chemicals and pesticides. Texas may be a younger player in the wine business than, say, Napa or Tuscany; but awards have been stacking up for Texas wines in recent years.

McPhearson Cellars, is named after Dr. Clinton “Doc” McPhearson, one of the founding fathers of Texas wine. Doc planted his first vines in 1968 and, in 1976 he opened Llano Estacado Winery, which is still producing wine today. Doc’s son, Kim, continued on in the business, making wine at other local wineries for several years before opening McPhearson Cellars in a 1930s Coca Cola bottling plant in downtown Lubbock.

Kim McPhearson is a twice-nominated James Beard semifinalist. His Estate Sangiovese is divine and the Les Copains Rosé is perfect for summer porch sipping.

English Newsom Cellars co-founder Steve Newsom was a 30-year cotton farmer before transitioning to winemaking. He got into the wine business initially as a grape grower. He looked at the future of what Texans wanted and his prediction: wine. More and more, Texans were developing a palate for fine wine and West Texas has just the climate to produce those grapes.

English Newsom’s first harvest was in 2019. Steve got just a little emotional talking about the first time he opened one of his own wines. “There’s a sense of pride that comes with creating something with your own hands from start to finish,” Steve says. “You don’t go up to one of your friends with a pair of jeans and say – hey, I grew these on my farm. There are so many steps between the cotton crop and the finished product that your hands don’t touch… but with wine, you absolutely want to say, ‘I grew that’.”

Downtown Lubbock is brimming with early 1900s architecture. Many historic structures are on the National Register of Historic Places. One of those properties is the Kress Building at 1109 Broadway. The Spanish-Revival/Mission style building opened as a department store in 1933. Local winemakers Chase and Elizabeth Hill purchased the Kress Building and opened Burklee Hill Bistro & Tasting Room in March of 2020. The space is open and light and full of original architectural features. The menu is curated specifically for wine pairings.

Buddy Holly is Lubbock’s hometown musical hero. His influence is peppered throughout the city – from murals and street names, to the Buddy Holly Center and the newly christened Buddy Holly Hall of Performing Arts and Sciences. The 220,000 square foot, state-of-the-art campus was completed in late 2020. It houses two live performance theaters, the Ballet Lubbock Pre-Professional Academy, and a gorgeous lobby with a stunning spiral staircase.

The Arts District is an industrial neighborhood of repurposed municipal buildings, which gives the area the requisite, and very cool, artsy vibe. The Charles Adams Studio Project was founded by gallerist Charles Adams in 2011 with the mission to develop and sustain a working artists’ community that actively engages the public with the arts. The facility provides four artist-in-residence live/work studios, public workshops, a print studio, and a metals studio and foundry. Across the street, the Louise Hopkins Underwood Center for the Arts (LHUCA) houses four art gallery spaces, a clay studio and a small theater. LHUCA’s First Friday Art Trail draws more than 5,000 people every month.

Texas Tech is home to more than 115 public art pieces across the university’s multiple campuses. The pieces are site-specific – related to the structure they are funded by. “Oblique Intersection” is a ghost of the Experimental Sciences II Building behind it. “Agave Dreams” is a larger-than-life-sized figure adjacent to the Biology Building.

Just outside the city limits, lies the Texas High Plains great outdoors. Caprock Canyons State Park is host to 90 miles of trails where you might spy a bison on the plains. Robert Bruno’s Steel House is perched on a hillside in Ransom Canyon. The four-legged, UFO-like metal structure was sculptor Robert Bruno’s lifework. He built the house over 30 years. The house weighs 110 tons, spans 2200 square feet and Robert welded every piece of metal in place with his own hands.

Lubbock is a genuine Texas experience with all the food, arts and culture to make for a memorable trip. 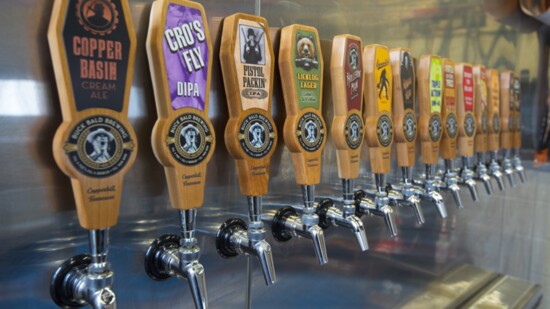