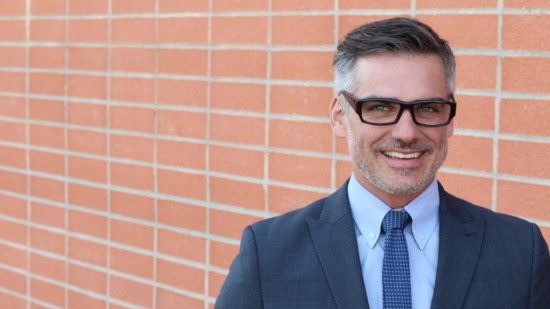 John Williamson hadn’t realized he was losing his hair until his wife took pictures of him at a brownie-eating contest at a festival. His head was down, and he came face-to-scalp with his thinning hair.

“As a guy, when you are losing your hair, you don’t really think about it that much until somebody points it out,” he says.

Williamson is not alone. According to the American Hair Loss Association, 85 percent of American men will have “significantly thinning hair” by age 50. Yet hair loss is often something people try to joke about even though 94 percent of men without hair say they would want their hair back, according to Dr. Ken Anderson, founder and director of the Anderson Center for Hair.

The good news is that men and women now have access to a number of effective options that can slow hair loss or restore hair to parts of the scalp it has abandoned.

“There’s never been a better time to have hair loss,” says Anderson who has been successfully performing hair transplants for more than 16 years. Calling Atlanta his home since 2008 when he moved here to join Emory Facial Center as chief of hair restoration surgery, Anderson is one of only 88 doctors in the country with board certification in hair restoration. Even better, he’s a double board-certified plastic surgeon and worked as a medical illustrator during med school. He brings an artist’s touch to restoring hair using today’s most advanced technologies.

There are currently two surgical treatments capable of successfully restoring real hair, and a practice should offer both, according to Anderson. The linear strip procedure consists of trimming a small strip of scalp from the back of the head where hair loss has not occurred. Hairs from this strip are moved to the area of hair loss. When sewn up by a plastic surgeon with a talented hand, the linear strip procedure leaves just a fine scar that is only visible with a short, military-style haircut. A second treatment, the follicular unit excision (FUE) procedure, removes one follicle of hair at a time with the help of the ARTAS robot. Individual hairs are implanted into the scalp where hair loss has occurred. These tiny holes heal and leave no linear scar.

Williamson chose to have FUE hair restoration surgery at the Anderson Center for Hair and was so pleased with his natural-looking results that he returned for a second treatment.

“No one would ever look at me and say, ‘Wow this guy’s losing his hair,’” says Williamson. “It looks real. It looks natural. When I met Dr. Anderson, I realized he’s extremely passionate. He was a plastic surgeon. He’s an artist. That’s somebody who has really developed his craft.”

Williamson has not experienced new hair loss because he keeps up with maintenance therapies – just like a dental patient continues to brush after having a cavity filled. Post-restoration treatments like platelet-rich plasma, laser therapy and topical medications provide long-lasting results. Some of these non-invasive treatments can also dramatically slow or stop hair loss and in some cases may stimulate hair regrowth in early-stage patients who are not ready for surgery. Yet even with surgery, discomfort is minimal, and a natural look is achievable in the hands of an experienced hair restoration doctor with a good eye.

“It really is a work of art every single day, and I love it,” says Dr. Anderson.