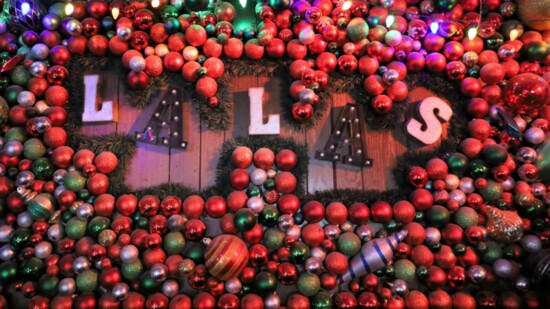 ALL IS MERRY AND BRIGHT

Lala’s Little Nugget makes anyone who walks through its doors feel like they’ve been wrapped in a warm hug. As its 50th anniversary approaches next year, co-owner Max Moreland explains how this legendary festive dive bar, hidden away off Burnet Road, has been making Austin a more jolly place – and getting to the top of the country music charts – since it hung up its first glittery bauble in 1972.

LALA’S IS SUCH A UNIQUE BAR, ONCE YOU’VE BEEN YOU’LL NEVER FORGET IT.

It’s stuck in a little, quiet strip mall on Justin Lane, and if you didn’t know it was there, you’re going to drive straight by it, but inside is this warm, holiday hideaway. Who’d have thunk it? I’d been a few times over the years as a patron before I got professionally involved with it, and it really appealed to my Midwest roots. My family are from Wisconsin and Lala’s reminded me of home, almost like I’d stumbled into a neighborhood bar set up in my grandma’s basement

In 2015, when friends told us that the founder Frances Lala was in ill health and looking to sell. We knew her bar still had an iconic part to play in Austin’s future, and a home in our community, so we got in there and negotiated the purchase. Protecting legendary Austin venues has always been a priority to me and my business partner, Matt Luckie. From Star Bar to The Mean Eyed Cat, we’ve been warriors in keeping these places open and stopping them getting pushed out of the way for condos and chain restaurants. You know what Frances did with the money from the sale? She split it with her one longtime employee for her retirement. Frances sadly passed away about a year and a half later, but Lala’s is still the place she grew, a place where people can come to celebrate the best moments in life, recover from the worst moments in life, or to sit on their own at the bar and feel welcomed. We open every day at 4 p.m., and we switch on Jeopardy and the regulars who’ve been coming in since the early 70s shout answers at the screen. Then they make way for the new to Austin, younger crowd from about 8 p.m. onwards. In November and December, people line around the block past midnight to get in.  Its fun to be discovered by a whole new group of people.

YOU MENTIONED YOUR FAMILY ARE FROM THE MIDWEST, SO YOU’RE ANOTHER AUSTIN IMPORT.

I was born in London, and believe it or not, Princess Diana was my daycare teacher. You know those famous photos of her when she was very young, with those children hanging off her? I was one of those children. I don’t remember her, and she was only Lady Di at the time, but my mum has photos. When I was three, my family moved to Singapore, then we moved to Chicago, then I went to college in Arizona. In my twenties, all my friends were moving to Los Angeles or Phoenix, but neither of them did anything for me. Not sure where to go next, and over Chicago winters, a friend recommended Austin and it was everything I was looking for. The glove fit. It was 2004 and it had that great combination of amenities with community. Obviously, things have changed over the last decade, and the city is on a growth train that isn’t going to stop - why would it when you’ve been voted top three cities to live in the US for the last 20 years in a row?

BACK TO LALA’S. IT’S SUCH A MAGICAL PLACE, AUSTIN FOLK TALES HAVE SPRUNG UP AROUND IT. CARE TO TELL OUR READERS THE TRUE STORY ABOUT HOW A YEAR-ROUND CHRISTMAS BAR CAME TO BE?

I'll tell you all three rumors, but I'm not going to confirm which one's true. We prefer just to let people discern for themselves which one they want to believe, whatever makes them feel comfortable and happy, and gets them through what they’re going through at that time.

The first one is the most well-known, that Frances’ son left for Vietnam right before Christmas, and she promised not to take down the decorations in the bar until he came home from the war. He never returned, so the decorations never came down. Hayes Carll wrote a song about it called Jesus and Elvis, and Kenny Chesney covered it and made it a top ten hit on the country chart a few years ago. It’s a really cool song about Christmas, representing Jesus the King of Kings and the velvet picture of Elvis we have on the wall here at Lala’s, the King of Rock ‘n’ Roll.

The second story is Frances’ husband left her right before Christmas, and she fell into a depression and didn't come to work for a long time. Two or three months went by before she could get herself together to get back into the bar, and her staff, not knowing what to do, had left the decorations up, and they agreed it made the place warm and comfortable, cheering, so they stayed up.

The final rumor is that for her first Christmas running Lala’s, she put a lot of decorations up, and when she took them down in January the place looked naked… so she put them straight back up again and decided it would stay that way forever. And even though it’s a nightmare to dust, those decorations have stayed ever since. They mean so much to our patrons, and have grown organically over the years. We could just go to Lowe's and buy a bunch of decorations and put them on the wall but that's not the story of the bar. The story of the bar is the people who make it happen. Often when a family member passes away, our regulars come in with their mother’s nativity scene or their grandfather’s snow globe and ask to leave it there. Its flattering they choose to immortalize their loved ones in our crappy little bar. It means something reverberated in them that drew them to us, and made them want to become part of it. One elderly lady who was dying from cancer came to Lala’s for her last night out before she died. After her funeral, her family came to the bar to celebrate her life, bringing with them a gaudy, festive pillow they’d always made fun of her for loving so much, and said they wanted to leave it here, to commemorate the place where their father took their mother on their final date night. It’s up in the bar today. People come in and don’t know these stories, but these tales gathered over the last almost 50 years is in the fabric of what makes this place so special.

Shake over ice, then pour to serve. Decorate with one maraschino cherry.

Add spirit to usual hot cocoa. Top with whipped cream and a sprinkle of chocolate powder

Blend all ingredients together. Top with sprinkle of ground nutmeg and ground cinnamon. 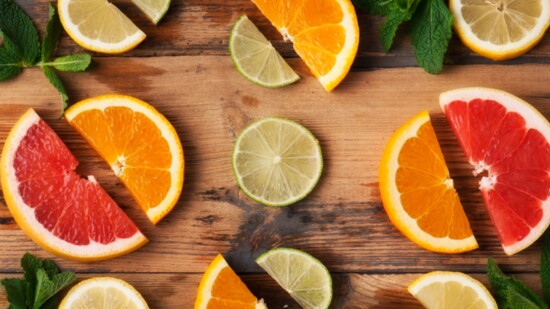