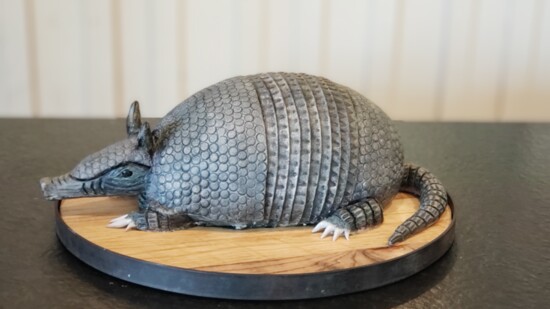 Confections that will have you grabbing a photo before a fork

You just have to look at Cakes Rock Instagram to see their confections are out of this world fun. Its cakes jump in deliciousness off the screen. We caught up with the cake artist and founder Christy Seguin – who was a national bodybuilding champion even while baking since childhood - to learn more about the magic behind the cakes that look like they need a frame as much as a fork.

When did you first fall in love with baking? I decorated my first cake when I was five-years-old. It was a festive treat for Santa Claus. My mother had a Christmas tradition that she’d make a cake in the shape of Christmas tree every year, and me being me, at five, said to her ‘I wanna decorate it this year’ – and she let me, and the bug hit me. I started baking and decorating from then on and was self-taught until after high school when I took a course.

When did you start baking for business? In 2013, when I was living in South Carolina – one of the first states to have cottage laws that allowed you to bake and sell goods from your home. That freedom allowed me to start my business organically, and I soon realized there was a real thirst for my kind of work. There were no other cake artists in the area and I saw an open market. Facebook was a thing by then so I’d post photos of cakes I’d made for friends and family on there and people would contact me, asking if I’d bake for them, and that was that. Honestly, I’m terrible – I never think of fear. It never occurred to me to do anything other than go for it!

And then you brought the business to Austin…My husband got recruited here in 2014 – and I was excited. Some of the best cake artists in America are here, or in Dallas or Houston. In South Carolina  they do not value art how they do here, so I was thrilled to move my business to Texas. It was somewhere I knew I could be successful and flourish because Austin is great at supporting artists. We moved in April and I launched Cakes Rock in May. I didn’t waste any time.

What was that first year setting up in a new city like? It was fun. I rented a shared commercial kitchen with the team from El Dorado Café, who were at that time developing their menu to set up their bricks and mortar restaurant. They were fabulous days – we were each other’s guinea pigs! To make our cakes look so neat and precise, we trim around the edges – and the El Dorado team named the leftover bits ‘cake shrapnel’ – we’d give them big bowls of cake scraps which they loved. We’ve stayed supporting each other over the years, another thing Austinites are really good at. After we left that shared space, we went to our current location on Congress Avenue, where we’ve been for just over three years.

Where do you get your inspiration? Mostly, my clients come in with an idea – or a photo of something they’d like us to replicate – a pet, a team mascot, or a company logo. I love it when they come to us with a concept and we get to create some magic. Some cakes take up to 100 hours create, and for some I need to go to plumbing or building stores for equipment. I once made a retro jukebox cake that was 4 ft tall and 2 ft wide that was so heavy, we had to build a sort of sedan chair with handles to transport it, like the pharaohs in ancient Egypt used to travel around on. The biggest cake we’ve ever made was Cinderella’s castle, which ended up being 4ft tall and 5ft wide.

You’ve made and tasted a million cakes – if you could just eat one cake for the rest of your life, what would it be? For taste, I’m a cinnamon girl – I’m all about it. My dream cake would be our cinnamon churro cake with browned butter cream. Design-wise, I made my top bucket list cake a while ago. It was Smaug the dragon from The Hobbit. Next on my bucket list is Baby Yoda – please someone come in and order him!

When you’re not in full on sugar mode, where do you like to eat in Austin? My husband is a huge BBQer – he competes in barbecue competitions.  I’m a former body building competitor and national champion, so most of the time we eat at home, barbecue chicken and brisket with salad and vegetables. To splurge, I go for Mexican or Italian. I’m around sweets so much I crave spicy and savory, lasagna and enchiladas. When we’re celebrating something special, my favorrite places to eat out are Trattoria Lisina, a fabulous spot in Driftwood that feels like stepping back in time, surrounded by gardens and wineries, or Vince Young Steakhouse downtown.

What is your motto for life? Get the cake first – and plan the rest of a party around it. Especially kids’ parties. Save the money on the bouncy house,and spend it on a cake that blows your guests away. Cake is always the most important thing at a birthday party, and in COVID-19 times, this has never been truer.