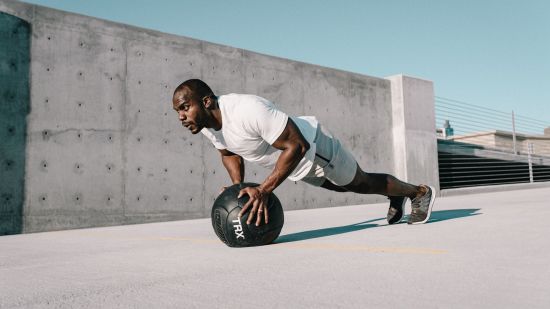 Our Guide to Gyms in Austin

YOUR ULTIMATE GUIDE TO AUSTIN FITNESS

Austin is the capital of Texas and is no stranger to exercise.

This musical city has many parks and lakes with bike and walking trails alongside them, and the residents do utilize them. However, most people desire a workout that focuses on strengthening and conditioning their bodies with a coach's aid. Sometimes it's the idea of being around like-minded people that gets the adrenalin pumping.

Either way, people in Austin converge on the 110 Gyms there, daily, nighttime too. There are various gyms in Austin to appease the enthusiasm of fitness fans and amateurs in the city, also known for its love of blues and rock music. The fitness centers encompassing those run of the town have gone all out to deliver the customers with state-of-the-art exercise gear, proficient trainers, and many amenities.

If you live in the Austin area or you're visiting, browse this guide to gyms in Austin, TX, to motivate you to make a more mindful decision about which of the fitness gyms to select.

Austin has five sections. Not every area has access to all types of fitness centers, gym membership, etc.

There's crossfit, weightlifting, ninja training, gyms with pools, Boxing, MMA, and so much more, but who has what? We've divided the city into five sections to give a better idea of gym type and availability in each region.

For those who like the outdoor exercise routines better, many gyms in Austin offer that service. It often depends on temperature, so be sure to inquire ahead of time.

As vast and busy as Austin is, of the more than 100 gyms in Austin, only nine of them offer 24/7 training to their clients; however, only seven of the 24-hour gyms have ratings above four stars.

Anytime Fitness is regarded as a pleasant and friendly gym and appeals to fitness lovers with not just its activities and equipment but the private showers and washrooms too.

Big Tex Gym is loved by many and covers every area of fitness training, which they offer around the clock, hence the high rating.

Many people are only free to workout after formal hours, and entry to all activities at that time is crucial to them.

If you're in downtown Austin, there's likely a gym up the road or across from you. Gyms are numerous in downtown Austin; in total, there are 79 gyms available in that region of the vibrant city. Whether you would like a personal trainer, an indoor or outdoor gym, pursuing a gym membership, or want an open gym, there is something for your healthiness downtown.

Close to Austin Community College: the Rio Grande, there's a gym and spa.

There's a wide array of fitness options in North Austin, from climbing to weightlifting, crossfit, and spa treatments.

More than fifty gyms are available for fitness buffs to make a selection.

Onnit Gym is a fitness favorite in South Austin and its surroundings because it is spacious, offers sports performance training, personal coaching, martial arts, and a nutrition cafe.

Fitness enthusiasts can find some of the best gyms in Austin on the eastside. Many top-rated gyms, from boxing to MMA, powerlifting to climbing, are all across the region.

College students tend to flock to the Gregory Gymnasium not only because it's in the middle of the University of Texas campuses but the vastness of its offerings.

Outside of fitness classes, you have climbing, badminton, basketball, billiards, a sauna, a steam room, and the list goes on. It's one of the most comprehensive gyms not just in Texas but anywhere, and it's open to outsiders.

Another great gym is Equinox Austin at South Congress, not too far from downtown. It features top-notch personal trainers, has five clubs, multiple spas, and group fitness sessions.

Twelve gyms in Austin claim to offer sequence climbing, but some are only for beginners. However, only four gyms offer professional climbing in all aspects. They all have excellent ratings and can be accessed from any side of town since they are spread apart from south to north.

People focused on competitive climbing tend to gravitate toward the Austin bouldering project in East Austin.

Get Fists Pumping at Boxing Gyms

Boxing is a huge deal in Texas. There are several boxing gyms in Austin, all strategically located across the city, from southeast to north. Two boxing gyms are in the Pease District Park.

Two of them are side by side near West Congress.

Crossfit gyms have fierce strengthening and toning exercise programs with a variety of practice techniques.

Every section of the city, then north and south of it, can find an MMA program.

There are several gyms outside of Austin that offer ninja training, but there's only one American Ninja Warrior gym in Austin, and it is nowhere near the city center. The Austin Ninjas gym is up North in an area called Milwood.

The program is for both adults and children and also hosts birthday parties. The great thing is that they all have well-equipped facilities with professional trainers.

Austin may arguably be the city with the most outdoor gyms. That wouldn't be a surprise since they have good air quality, especially compared to other cities in the state. One hundred and four gyms there offer outdoor workouts in different capacities. Regardless of your focus, you'll find a gym nearby with open-air offerings.

There are 23 powerlifting gyms in Austin, but none is downtown. Bodybuilding and torso strengthening get high appreciation in this city and the whole state, but for some reason, they are either north or south but nowhere downtown.

Austin Barbell is an excellent choice for Olympic weightlifting.

There are twenty gyms in Austin that provide gymnastics training. Only fifteen of them are rated higher than four stars. Depending on the practice level you are striving for, you should communicate with a trainer before electing a gymnastic program.

There are scores of gyms with pools scattered across Austin. If you're downtown, Life Time Athletic is close to everything. They have one of the highest ratings as well.

Many pools are poorly rated, so do your due diligence before selecting one.

Onnit Gym and Texas Kettlebell Academy are the only two gyms in Austin that do kettlebell activities.

Onnit is located in South Austin, while Texas Kettlebell is closer to North Shoal Creek.

They both have very high ratings.

Quick Tip: If you're worried about gym membership expenses, consider petitioning for a fee waiver/reduction or a lower monthly payment. You'll learn that numerous gyms have exceptions to their costs. Some even offer reductions for referrals.

Austin is vibrant and beautiful, and so are many of the fitness centers. If you're northwest, southwest, downtown, or in the suburbs, there is ever a gym ready to serve you

Austin Barbell - We are Olympic Weightlifting