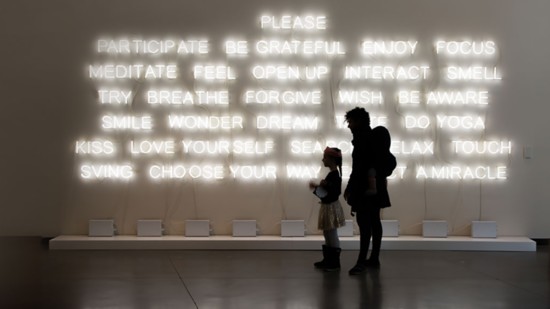 A Tax Credit Arts Supporters Need to Know About

Oregon offers one of the nation’s most unique tax credits, but while it’s one of the most effective forms of engagement in arts and culture in the state, still many people don’t know about it. Oregon’s Cultural Tax Credit both reduces what an income-tax paying Oregonian owes to the state, while also supporting both arts and culture activities stretching from the coast to urban centers and to the high desert. The tax credit was extended by policymakers for six more years, until 2026, thanks to lobbying by the Cultural Advocacy Coalition, one of the only statewide advocacy groups, and with leadership by the Oregon Cultural Trust, which was established by the Oregon Legislature as a funding engine for the cultural sector in 2001.

The Cultural Trust has awarded more than $30 million to cultural nonprofits as a result of the tax credit. In Deschutes County alone, those grant awards have exceeded $665,000. This year, two local projects will receive funding, including support of Friends of Santiam Pass Ski Lodge restoration and Deschutes Public Library System cultural programs. In addition, more than $24,000 was awarded to the Deschutes Cultural Coalition for smaller local grants. Up to 60 percent of the funds raised through the tax credit are distributed to the Cultural Trust’s statewide partners, 45 county and tribal cultural coalitions and direct to organizations through competitive grants. The remaining amount is invested in a permanent fund through the Cultural Trust.

Before the tax credit was extended last year, a record turnout of more than 150 advocates, organized by the Cultural Advocacy Coalition, showed up at the Oregon State Capitol in Salem to speak with legislators. Scores of Oregon leaders shared stories about the importance of access to arts, theater, music, literature, youth programs, heritage, humanities, history, and preservation in Oregon. The tax credit is a strong example of our state’s ability to use creative thinking and collaboration in making Oregon a better place to live and work in. When we invest in creative expression and increase access to arts and culture, we win everything and lose nothing.

MAKE A DONATION TO AN APPROVED CULTURAL NONPROFIT

First, select one or more of the 1,400 nonprofit organizations listed on the Cultural Trust’s website (CulturalTrust.org) and make your gift this year. LOCAL TIP: There are more than 50 nonprofits throughout the Central Oregon area listed on the website, sorted by county, throughout Bend, Redmond, Sisters, Prineville, Camp Sherman, Sunriver, Madras, and Warm Springs eligible under the tax credit.

SEND A MATCHING GIFT TO THE TRUST

Next, double your impact and make a matching gift to the Cultural Trust. You’ll get that donation back through the tax credit, dollar for dollar, on your state tax return. For example, if you owe $200 in Oregon taxes but you made a $100 contribution to the Cultural Trust by Dec. 31 of that tax year, your final tax bill will only be $100. There are some limits for individuals, couples, and Class-C corporations on how much one gets back, but the tax credit remains generous.