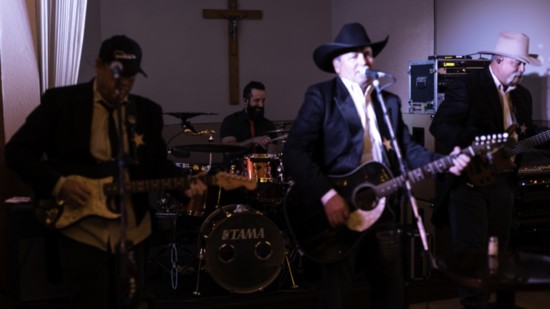 Their Story, Style, Success and a Spectacular New Year's Eve Event to Close Out 2018

It all began on a golf course. While hitting the links at Pryor Creek in 1992, Joe Link and George Devries were inspired to create a musical group with a unique (and now well-known) band name. Johnny Link, the original drummer, slipped while taking a shot. The golf pro at Pryor Creek, Johnny Walker, exclaimed, “You should have had your ‘Bucky Beaver Ground Grippers’ on!” His remark made an impression on the men, and thus, with the title of a golf shoe invented in the early 1940s, a local musical favorite was born.

Comprising five members (four of whom are the originals from ’92), the Bucky Beaver Ground Grippers have been entertaining audiences for more than three decades.

“We believe we have been around so long because we really try to play whatever folks want to hear and will dance to,” says Rich Lutton, an original member who sings and plays rhythm guitar. “We also believe that if we are having fun, others will have fun, so we laugh a lot! Mostly at each other. At this point in our playing careers, we are more like brothers than just bandmates.”

A band of brothers makes for some sweet harmonies, which has kept the TBBGG in the forefront of local musical acts. Whether performing at an Alive After 5 or a private wedding, the group always exudes great energy and a love for good music, ranging from George Strait to Led Zeppelin to ZZ Top. Throughout their career, they have played high-profile events, as well.

"We have been very fortunate to get to perform before thousands of people over the years. Probably the biggest crowd we have performed for was 6,000 plus at Zoo Grass in the late '90s,” Rich says. “We have been honored to open (or close as is the case at Homesteader Days) for several artists through the years, such as Tracy Lawrence, Mark Chestnut, Kentucky Headhunters, Confederate Railroad, Montgomery Gentry, Little Texas, Nitty Gritty Dirt Band, Restless Heart and Diamond Rio, just to name a few.”

They don’t shy away from trying new styles, either.

“From rock to funk to country to blues, there isn’t much we won’t try. Not sure that’s a good thing,” Rich says.

On New Year’s Eve, audiences can enjoy one of the TBBGG’s favorite events. For the past 20 years, they have performed a New Year's Eve show produced by Townsquare Media.

“The afterparty jam sessions in the rooms [on NYE] are probably some of my favorite memories, although the security guards probably don't enjoy them as much,” Rich says.