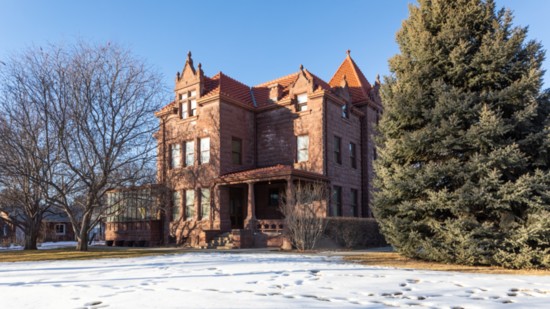 The Legacy of Moss Mansion

A Deeper Look Inside the Iconic Billings Residence

“There is more happening in Billings, Montana, at midnight than at noon in Paris, Missouri.” –Preston Boyd Moss to Martha Moss

Before the turn of the 20th century, a young man from a prominent Missouri family brought his bride to the emergent city of Billings, Montana, in order to establish himself as a banker and entrepreneur. Drawn by the city’s flourishing energy and its proximity to the railroad, Preston Boyd “P.B.” Moss visualized a lucrative potential for economic and community growth. He would make his mark on the town professionally, financially and socially, both investing in and establishing many significant businesses and community centers that still exist today. Yet, it is his home which still garners the most recognition for the Moss name. Well over a century after breaking ground on the iconic residence, Moss Mansion attracts the interest and imagination of countless patrons each year, paying homage to the family who built it and the history encompassed within.

The Moss family of Paris, Missouri, enjoyed distinction in their community. David Hickman Moss, P.B.’s father, was a well-known banker, whose family tree stretched back to settlers of the Virginia colony in 1625 from Lancashire, England. P.B.’s maternal family included Valentine Hollingsworth, a member of the First Assembly of the Province of Pennsylvania and a signer of William Penn’s Great Charter. Martha “Mattie” Ursula Woodson, P.B.’s wife, also boasted an esteemed lineage, with a paternal line from England which came to Jamestown in 1619, and a maternal grandfather who was the 13th governor of Missouri.

Mattie contributed to the development of the fledgling city as well, aiding in the foundation of the Christian Science Church and continually hosting social gatherings for friends, business and political contacts.

“She was a prolific painter, honing her skill on canvas and in the painting of fine china,” Jenette says. “Legend has it that she was one of the first women in Billings to learn to drive a car.”

Birth of the Mansion

Hosting social gatherings required a suitable venue for the prominent couple. Construction of Moss Mansion began in 1901 and was completed in 1903. P.B. financed the project to provide a home for his growing family.

“The home was designed by New York architect Henry Janeway Hardenburgh, designer of the original Waldorf Astoria and Plaza Hotels,” Jenette says. “The Nelson Company from Chicago was the interior design firm chosen to complete the interiors.”

While typical costs for home construction at this time were about $5,000 (national average), P.B. spent more than $100,000 on this truly one-of-a-kind residence.

“Just as the outside façade of the home cannot be tied to a specific architectural style, the interiors are varied in their decorative motifs,” Jenette says. “The home is formatted in such a way that function takes precedence to enhance everyday living … The mansion was constructed in a square format with functional rooms situated around central common spaces. It has an Arts and Crafts-style library that provided a workspace for P.B. and was an educational space for the rest of the family. The Art Nouveau parlor was a family gathering space and would also host informal gatherings of friends and family. The formal parlor, designed in the French Baroque style, functioned to provide gravitas for more decorous gatherings. The Art Moderne kitchen was ahead of its time not only in design but also embraced new concepts in science concerning cleanliness at the turn of the century.”

The grounds around the mansion were landscaped with vegetation from local neighborhood growers, ordered by Mattie herself.

“As far as we know, she retained control over the design choices made on the grounds,” Jenette says.

Mattie was instrumental in the design of the interior, as well.

“Mattie’s influence on the aesthetics of the home can be seen in every room of the mansion,” she says. “She would travel to Chicago to select furniture and decor for the home.”

While aspects of the grounds have changed over the years—such as the addition of a vegetable garden by Melville Moss (one of the couple’s six children) or the height of the juniper hedges, which are now allowed to grow tall—much of the Moss Mansion remains as it was when the family resided there.

“Visitors to the Moss Mansion Museum not only get to experience this exceptional setting through guided and self-guided tours, but the museum provides a variety of cultural events to engage visitors in new and exciting ways,” Jenette says. “We want the people who walk through the doors of the home to see the remarkable handcrafted interiors and learn about life at the turn of the century for the Moss family.”

An iconic piece of America’s past, Moss Mansion serves as a capsule for styles forgotten, brings color to a generation we can only view through a black and white lens, and invigorates our desire to learn about a history often overlooked.

Today, the Moss Mansion museum is owned by both the City of Billings (35 percent) and the Montana Historical Society (65 percent).

“The property is managed by the Billings Preservation Society through a lease that is coordinated through both the city and the state,” Jenette says. “Funding for the museum and preservation of the property lies entirely with BPS. There is no regular funding provided by either the city or the state for the preservation of the property or care of the museum collection. It has retained its historic qualities and been preserved for the last 34 years through the hard work of local volunteers, a small but dedicated staff and board of directors and the generosity of the Billings community and surrounding areas.”

Jenette is proud of the support and passion the museum receives from the Billings community.

“While other similarly sized house museums in other states are planning to close their doors from lack of community engagement, we are just getting started!”

From summer exhibits and annual art shows to cultural activities such as Springfest, Horror Theaterand the Labyrinthat Halloween and Christmas tours, the Moss Mansion continues a tradition of embracing the arts and community that began with the Moss family.

“We are grateful to the local community for seeing the value in preserving this historic home as a museum. The cultural heritage preserved through the museum and its activities enriches us all.”