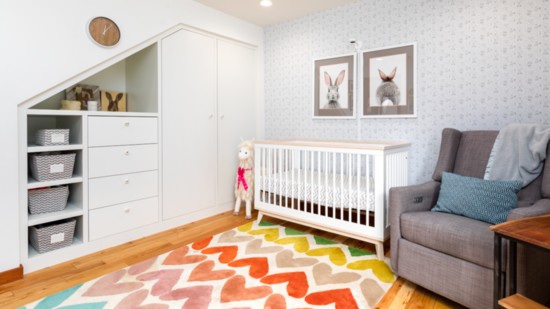 A Home with History

The city of Billings boasts a rich history embodying the spirit of the West, characterized by economic growth and expansion, as well as a rugged terrain and the mythos of the cowboy lifestyle. Downtown landmarks, such as the Billings Depot and Moss Mansion, stand as reminders of the town’s beginnings as a railhead and cultural hub. Residential landmarks have also been preserved, weathering the passage of time and changing of the landscape to stand as tributes to a bygone era. One such example is a home on Smokey Lane, recently renovated by Ty Nelson Design & Remodel.

Built at the turn of the century in 1902, the residence once occupied a tract of land a few miles from the city. In 1936, legendary artist and writer Will James moved to Billings and purchased the residence. He spent five years in the sandstone home until his death in 1942. Popular for his illustrations and stories of horses, cowboys, and the romanticized American West, James treasured spending time with his own beloved horses. A five acre fenced pasture surrounded the home and allowed James to keep his animals close while he worked on his writings and artwork. His most beloved and well-known book, Smoky the Cowhorse, won the Newbery Medal in 1927 and remains in print to this day. Smokey Lane, the street which now houses the notable residence, was named in honor of James’ most famous work. The original sandstone foundation remains intact.

Today, the home has been both carefully preserved and expertly updated. The visually striking sandstone exterior pays tribute to masonry more than 120 years old, transporting us back to another age…another Billings. Ty Nelson and his team have beautifully personalized the interior to reflect a charming, contemporary rustic design. Elements were customized to maintain the integrity of the original home, while meeting the needs of the homeowners.

Due to the layout of the room, a customized closet became necessary to complete the nursery, as the original closet was built into the stairway leading to the second story. Since a traditional closet wouldn’t work, personalizations were made, accommodating the homeowners and maximizing the space.

An accent wall with wall paper adds a unique and fun touch to the simple palette and lines of the room. Understated, yet charming, the space offers brightness and a sense of peace.

A custom wood wall and wood ceiling bring rustic ambiance to the room. Custom, handmade wood vanity and linen closet provide ample space and organization without being obtrusive. The concrete sink and countertop, also custom made, lend a unique appeal.

The eye-catching pattern on the bathroom floor was created by hand painted porcelain tiles.

As the downstairs bath will serve the new baby in the nursery nearby, the addition of a bathtub was necessary. Simple, white tile contrasts nicely against the rough texture of the opposing wood wall. The dark shower head and faucet tie the color palettes and textures together.

The rectangular window had to be cut into the sandstone foundation, a formidable endeavor. Ty’s expert mason carefully worked with the original sandstone brickwork to create the new opening.

“There were many challenges working on a house this old,” recounts Ty Nelson. “We found out that the home had been remodeled, several times, prior to us working on it.” All of the plumbing and electrical had to be relocated due to a layout change within the house.

Ty and his team also discovered a concerning issue with the flooring.

"The entire concrete floor was sloping, approximately four inches out of level," he says. "It was something that we needed to address and correct. After having a structural engineer evaluate the issue, they determined it was not the foundation, only the concrete floor, which is thankfully separate from the foundation."  It took more than 100 bags of leveling compound in order to resolve the sloping problem. A basalt tile floor was then installed over the concrete in the foyer. Basalt is an all-natural stone, so while its dark gray tones insinuate a modern design, it still adds a natural element to the overall aesthetic.

The finished home offers a residence filled with charming ambiance, sleek design, and expertly executed custom features, while maintaining a foundation which is rooted in Billings' past.