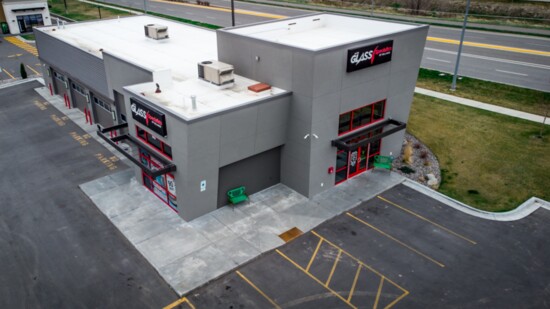 A True Look at Their Business and Relationship

John and Rachel Bonner are, in my opinion, one of Billings' most fascinating success stories. Their respective backgrounds and journeys contain astonishing similarities and differences, and it is striking that they have now wound up in the same place.

Both of them grew up in Billings. Rachel went to Skyview High School, and after graduating she spent seven years in New York studying acting, singing, and dance. She attended the American Musical and Dramatic Academy and New School University, earning a BA in Liberal Arts. In June of 2007, Rachel returned to Billings to join her father as a licensed financial advisor at Morgan Stanley. Together, they moved to First Financial Equity Corporation, and eventually, her father bought controlling interest in the company. Now the company has more than a dozen franchises, several hundred advisors, and Rachel is managing a team of 21 people, responsible for Billings, Casper, Wyoming and North Dakota.

Rachel attributes the rapid growth of First Financial Equity Corporation to its user-friendly model: "We offer a place for advisors to run their business according to their own philosophy without the stress of heavy-handed corporate oversight." She offers a homily - which any business executive is surely familiar with - with her own twist: "Success in business is 10% preparation and 90% execution. It's easy for educated people to over-prepare."

John grew up in the country around Billings. He struggled in school, so his mother homeschooled him. As a child, he was always fascinated by bicycles; his mother wisely incorporated this passion into the daily routine, and John started every morning with a bike ride. When he was 13 years old, John asked his parents to pull into a bicycle shop they were passing so he could ask for a job. He was given the opportunity to start repairing bicycles, and within two days he had fixed up fifty of them, to his new boss's amazement. John continued to work at the bike store, doing a 24-mile round trip on his own bicycle between home and work. He also got the opportunity to work in customer service; though customers would frequently ask to speak to someone older, his co-workers often said, "I can help you if you want, but this kid knows more about the bikes than I do."

After high school, John went to vocational tech and started a career painting cars. Around the same time, he worked at a glass shop and found out that he loved automotive glass work. He soon made a choice to pursue a passion instead of a paycheck: although there was a lot of money in painting, he wanted to do glass work. Shortly thereafter, John met Jim McCall when he was called out to do a glass job for him with some motor homes. They got to talking, and Jim learned about his passion, so Jim asked John a simple question: "Why don't you start your own glass shop?" At the time, John was only 22, and he said so. Jim replied, "When I was your age, I had 19 employees." One week later, John started his glass shop. Advice wasn't the only thing Jim McCall offered: he also rented John his first building. Much like Rachel, John's best advice when starting a business is to jump right in. "Not knowing I didn't have what it took is exactly what it took. Sometimes if you know too much, you can talk yourself out of a great opportunity."

The glass shop opened on Valentines Day in 2003, while John painted cars at night to pay the bills. He struggled for 2 years. In the difficult early days, Jim McCall was more than a landlord: he was also a mentor and a counselor. He seemed to always know when to stop by with encouragement and perspective. It was during this time that John learned what he calls his first humility lesson. Understandably, he wanted to appear successful, so whenever someone asked him how his business was doing, he always said it was doing well and that they were busy. After a while, John realized he was better off being honest, though it was difficult to admit when they were struggling. However, he soon found that people in the community were eager to help local businesses in need; one such person contacted the Hertz rental agency and started getting him sizable recurring orders.

Success brought its own challenges: John says he let success go to his head and he started hanging out with the wrong people, frequenting the party scene and getting into drugs. That led to humility lesson number two: probation and house arrest, though it could have been a lot worse. As John says, "The judge gave me a second chance." Difficult and uncertain times followed, but John sought healthier ways to spend his time, and pursued reading, especially audiobooks.

After getting his life and business back on track, John met Rachel in 2013 through a mutual friend. They started off as friends, then both realized there was a lot more there. Dating life was tumultuous at first; both of them had bad habits to break when things got difficult in the relationship. That changed when a family member, then a pastor at Fresh Life Church, induced them to start coming to church with him. They started going to church consistently, and that led them to start changing their lives and social circles and start living better. "We started facing the bumps in the road and facing each other instead of going back to unhealthy things."

They got married in June of 2015 in a small backyard ceremony, then went to work the next day. Later, they squeezed in a honeymoon at Hauser Lake in Helena. Marriage brought its own challenges, and they spent "a few bumpy years learning how to be married and letting go of the past." Both John and Rachel had been married once before, and one of their biggest challenges was to not bring past troubles into their new relationship. Now, after six years, their hard work is starting to bear fruit, in both their relationship and their businesses.

John says you have to start by figuring out your "why". Because Glass Specialists is in the automotive industry, safety is the biggest part of their "why". Windshields are actually an important part of car safety - an improperly installed windshield will crumple if a car flips, with potentially lethal results. A properly installed windshield saves lives, and the team resolved to install each windshield as if their own families were going to be in the vehicle.

If you look around the glass shop, you will notice a number of plaques and documents dedicated to workplace culture. That is intentional. From almost the very beginning, John has chosen to invest heavily in building company culture. Early on, he sent key employees to expensive but essential workplace culture seminars. John says, "If you want to grow your sales, take care of people." If you treat people well, growth will follow.

Glass Specialists has supported the Special Olympics for years now, and at the worst part of the coronavirus lockdown, when business was slow, John got the call asking him to renew his sponsorship. He thought about it, prayed about it, and resolved to write the check. The next day, his shop was full. Like many businesses in town, after a rocky start, Glass Specialists had their best year ever in 2020. The unique challenges forced the team to focus on the basics and do those things well.

You might sum up John and Rachel's success story in John's own words: "Every time we give, blessings follow."