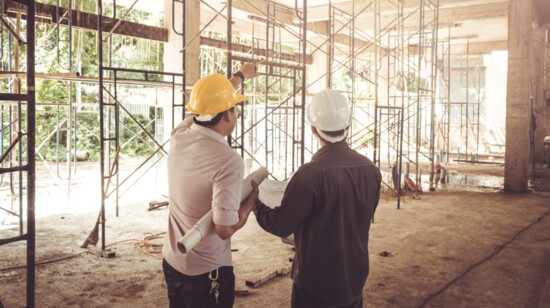 A New Path to Prosperity?

Billings’ rapid growth has brought unprecedented opportunity, but brought unprecedented challenges along with it. Challenge, in turn, has brought new opportunities for innovation. Talk to any trades business in Yellowstone County and they will probably tell you that their biggest challenge is finding competent tradesmen. Trades businesses are busier than ever before, and they need an influx of new people ready to train and willing to work. Two local business owners gave a close up view of how the trade shortage is affecting their businesses, and the opportunities it provides for enterprising individuals.

Matt Weber, owner of Alpha Overhead Door, says: “My ability to grow is constrained by my ability to find workers. In the short term I need three more Technicians and another Sales Associate. Right now, my sales people aren’t selling, they are full-time order takers.”

Weber’s advertising is no longer geared to finding people who want him to install and service garage doors: he is attempting to find people to join his 22-person team and service existing demand that is growing organically. Nor are these minimum-wage jobs; his lowest paid employees start at a $15/hour training wage, rapidly rising to around $20 an hour. His highest paid technicians make about $30 an hour, or almost $70,000 a year. Put it another way: Weber’s lowest-paid employees can support a family on a single income; his highest-paid employees make as much as a typical person with a Master’s degree. More importantly, none of Alpha’s employees need a degree, and almost all of their training is done on the job. On top of that, the company offers a strong benefits and employer-matching retirement plans.

Alpha Overhead Door began in 1996 as RW Enterprises and has grown steadily since then. Since Matt took over for his father Bob the growth has been exponential, the result of the economic boom and a strong local reputation. Weber’s goal is to have forty-nine employees and three new locations in the next five years. Matt is seeking a specific kind of employee to grow with his company. “I strongly believe in upward mobility. There’s a place at my company for people who just want to come to work and cash paychecks, but I’m seeking people who want more than that. I’m growth minded, and we provide training and education for people who want to move up the ranks.”

When I asked Matt to compare the prospects of working at Alpha versus going to college for a recent high school graduate, he laid an intriguing scenario.

“For someone with aptitude who works hard, in four years he can be making between $26 and $32 an hour as an elite technician. During that four years, he will have earned an average of $40,000 a year.”

For Greg McCall, Co-Owner of McCall Homes, the windfall of opportunity has also come at a cost: while McCall had their highest sales in history in the past year, they also had their lowest margins ever as costs for both labor and materials surged. Greg offered a unique take on the future of the building industry in Montana: trade scarcity drives innovation. Scarcity of skilled labor and skyrocketing materials costs have forced McCall homes to explore new paths and find ways to increase efficiency. Greg McCall says, “Our partners used to have several solid tradesmen for each category of work. Now, companies can’t find the labor.” One of McCall’s solutions was to bring a key trade in-house: framing. By pre-assembling wood walls in an indoor facility with a dedicated team, McCall has greatly reduced costs and increased efficiency. Even so, they are struggling to keep up in their busiest year. If you drive through Annafeld, Greg says, you will see a number of poured concrete foundations that will sit empty for four to six weeks until the frames are ready. “For a while, we were ok with two framers, then we needed five, and now we could use ten.” In addition their search for five additional framers, McCall Homes is looking for as many as six office staff, including junior superintendents.

The only path forward, it seems, is for more people to get into the trades. In an era and an industry ripe for innovation, people who otherwise might pursue white collar professions should consider a career in the trades industry, where their gifts might help usher in a new era of advancement. Greg thinks that the new business environment calls for a new kind of small business owner: “Entrepreneurial people who understand the trades can build a beautiful business and make a good living as well.”

He mentioned concrete, tile, trim, roofing, and painting as lucrative opportunities, but used framing as an example.

Apart from the financial incentives, Greg suggested that people interested in doing good for society shouldn’t rule out a career in the trades.