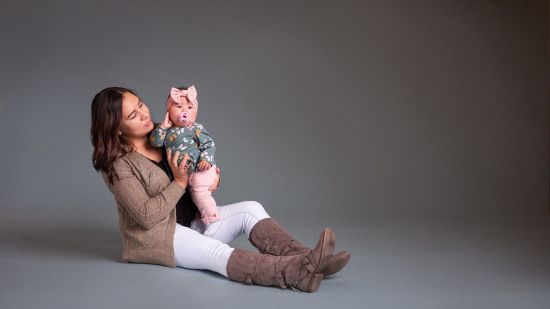 When faced with an unplanned or unexpected pregnancy, one may find themselves plunged into a sea of dark emotions, from fear and confusion to despair and shame. One organization works tirelessly to provide those facing such difficult situations with care, support, and guidance.

“Our skilled and life-affirming medical care coupled with transformative education provides our patients with all of their options,” says Cindy Nordstog, CEO of LaVie, “trusting the best decisions occur with guilt-free empowerment.”

Three women share their stories of how they came to LaVie and why their decision to visit helped them find peace, strength, and love.

After a difficult childhood, in which her parents divorced and she continually struggled in school, Brionna made the decision to drop out of high school at 17.

“I didn’t have the drive to succeed,” she recalls. She completed her GED in just 3 months, then began a relationship. The couple moved in together and Brionna began working as a CNA. She found out she was pregnant at 20.

“The biological father was not supportive and was angry about the pregnancy,” says Brionna. She made an appointment to terminate, feeling alone and without anywhere else to turn.

“My best friend told me about LaVie,” she continues. “I decided to give it a shot. They did an ultrasound and I found out I was four months pregnant. I heard the heartbeat and immediately knew I wanted to have the baby.” She is extremely grateful for the staff at LaVie, who embraced her and offered support free of judgement or guilt.

“Even if someone can’t find support from family or loved ones, they need to know they are not alone.” Brionna was able to receive medical care from LaVie throughout her entire pregnancy, from no cost Ultrasounds to free parenting classes.

“They are there for you,” Brionna adds. “When I first went in, I was terrified. They gave me the courage to do this.”

Now, Brionna’s son, Calvin, is four years old and thriving. He started pre-school this fall and is a handsome, rambunctious, and smart little boy. Brionna also began a new relationship with a supportive and loving man who has become a wonderful father figure to Calvin.

An awakened sense of purpose and drive to succeed led Brionna to enter into the nursing program at MSUB. She was accepted and will begin spring 2021.

“No matter how hard you are struggling, you can find success,” she urges.

After years of devastating loss, including eight miscarriages due to a gene mutation contributed by one parent, as well as the loss of their daughter Zoe due to a congenital condition, Laura and Sean were at a crossroads.

“When Zoe passed away after just 36 hours here in our arms, we struggled to know what we would do next,” Laura recounts. “We had been overjoyed at the thought of finally becoming parents and knew that it was something which unfortunately we would not be able to do on our own.”

The following year, they decided to pursue adoption and met with the staff at Catholic Social Services of Montana.

“We love that they put their emphasis on the birth parents and make sure to help them get to a place where they are completely comfortable with their decision,” says Laura. “They also offer continued support and counseling for birth parents after the adoption placement has been made.”

Upon hearing that a birth mother had chosen them, Laura and Sean’s nerves were tempered by excitement. The potential mother had visited LaVie and the couple was surprised and thrilled with her decision.

“In 2009, Laura started volunteering there,” says Sean. “Since that time, she has been fortunate enough to join the staff at LaVie as a Project Coordinator. It was amazing that God had interlinked our lives in ways we had not even realized.”

They continue to have a close relationship with their son’s birth mother and her family.

“We have been able to blend together in a way that he knows he is loved by all of us,” continues Laura. “Adoption is so worth it! We have adopted three children now. Each of their paths to our hearts and family has been different and had its own set of challenges; those challenges are nothing compared with the overwhelming feeling of our family being complete through adoption. If you are thinking of opening yourselves to adopting, talk to as many people with adoption experience as possible. Each adoption is unique just as each family is unique. Although each experience is different, you are not alone. There are so many people and resources available to support and help guide you.”

An enrolled member of the Gros-Ventre tribe, Breann grew up on Fort Belknap Reservation in North Central Montana. She moved to Billings to pursue a degree in Human Services. After a pause in her education, she found out she was pregnant.

“I felt like I had little to no support,” Breann begins, recounting her first visit to LaVie. “I had been weighing my options and was unsure what to do. The staff was very supportive, no matter my decision. They gave me options, resources, and information that I didn’t know was available.”

After sitting down with LaVie staff, her mixed emotions and confusion melted away. She decided to return to school during her pregnancy.

“They were compassionate,” she says. “Any decision, they will help guide and support you.”

Breann learned that there were resources which could help with the baby, both emotionally and financially. She enrolled in “Earn while you Learn” educational courses which allowed her to receive free gifts for completing prenatal classes. LaVie also helped with some college expenses, such as books and a campus parking permit. Her daughter, Sariyah, will be one next spring.

“I am really blessed with her,” says Breann. “I lost my mother in February and had Sariyah exactly 35 days later. She helps calm my emotions and handle my grief.”

Now, her daughter is the primary motivator driving Breann to complete her Human Services degree this fall, no easy feat as a single, working mother.

“I want to get back onto that career path and provide the best life for my daughter,” she states. “I want others to know that you can always reach out to LaVie, and no matter who it is, they are willing to help. They want you and your baby to grow.” 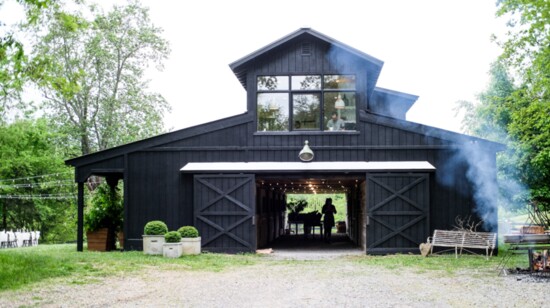