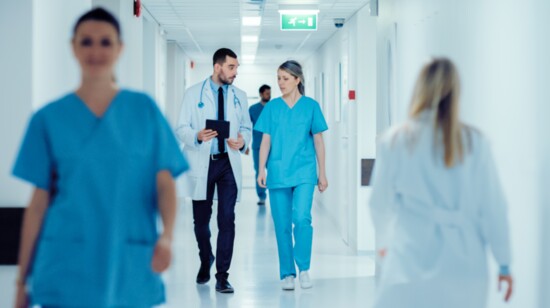 How National Talent Helped the Magic City: The Newcomer Who Brought Billings Clinic Through the Crucible

Imagine moving to a new state and starting a new job, where the buck stops with you, at the beginning of the most destabilizing event for your industry in three generations. Dr. Scott Ellner knows the feeling: he moved from Colorado to Billings to take the position of CEO at Billings Clinic in February of 2020.

Newly hired, Scott Ellner embraced the challenges of maintaining Billings Clinic’s high reputation, keeping all of the hospital’s 5,000 workers employed in a time that all but eliminated elective surgeries, and providing top quality health care to patients suffering from acute cases of SARS-CoV-2.

“For me, this is a dream job,” Ellner said, “to be part of an organization with such an incredible reputation; with great physicians, great nurses, great people. To top it off, I love Billings—my family really enjoys being part of the community.” Ellner had always been eager to improve health and safety in his own beginning position as a trauma surgeon in Connecticut before he even began seeking leadership positions. Before relocating to Montana, Ellner was appointed to the position of President of the Saint Francis Medical Group in Hartford, Connecticut, and completed the Comprehensive Patient Safety Leadership Fellowship with the American Hospital Association at the same time.

Opportunities to improve quality and safety in healthcare require strong situational awareness, and Ellner focuses on listening to people and understanding what motivates them. “Leadership is about building strong foundational relationships,” he said. Ellner achieved a Master’s degree at Harvard University in Healthcare Administration and went on to work in Colorado for four years as the Group President and CEO of Centura Health Physician Group. When the Billings Clinic position opened up, Ellner relocated to Montana in January, 2020 with his wife and two children.

He was immediately faced with the complexities of managing and handling the health and welfare of his employees as well as creating a safe COVID mitigation environment within the Clinic. While Ellner experienced the difficult demands as a trauma surgeon at the beginning of his career, leading a health Clinic during a pandemic within his first few days of accepting his post has given him reasons to go the extra mile, and then another. However, even in the day to day rigor of the pandemic, Ellner assures his team and colleagues that tough decisions can be made without sacrificing jobs or lives.

Ellner prioritizes mental health and strength, especially among his employees. “I wanted to create a culture of psychological safety,” Ellner said. He coined the term from Dr. Amy Edmondson of Harvard University; essentially, employees should feel safe to be themselves within the workplace without fear of negative consequences. Ellner’s vision is not to delegate tasks, but rather to ensure that employees are heard and valued, no matter whether they are healthcare workers, physicians, or the janitor at the hospital. Only a year after he began working at the Clinic, Ellner headed up a campaign called “I Am The Difference”, whose goal is to create a safe environment for people to voice their opinions: “Everybody should feel that they have the courage to speak up.”

Billings Clinic is governed by a local board of healthcare directors and employs over 5,000 people, currently the largest private employer in the state of Montana. Over half of the patients cared for at the Clinic come from outside of Billings, largely hailing from northern Wyoming and the western Dakotas. “People don’t realize the extent to how many lives we impact,” Ellner said. When the pandemic gained traction in April, the Clinic had to briefly close many units down to comply with state mandates. According to Ellner, he made sure that all of his employees stayed employed as the world was thrown into chaos; moving forward, Ellner hopes that while his employees can keep their jobs, they can also keep their faith in the Clinic and in his leadership. Under his careful leadership so far, the Clinic has survived and thrived. Ellner finds ways to constantly improve standards at the Clinic and look to the future for even more growth.

The Billings Clinic’s reputation preceded Ellner’s arrival. In 2018-2019, Billings Clinic was rated as the No. 1 hospital in patient safety in Montana, and has garnered Best Hospital recognition for seven consecutive years by the U.S. News & World Report. These rankings are based on quality of nurse staffing, patient recovery rates, common procedures, and patient experience. The Clinic also earned a Beacon Award for Excellence for its ICU, placing it among the top critical care units in the nation and alongside nationally ranked, prominent hospitals such as Lenox Hill Hospital in New York. Ellner remarked that Billings Clinic’s nurses, physicians, and leadership consistently go above and beyond for their patients, and the culture of hard work was what drew him to the Clinic.

Having lived in southern California, Denver, and the East Coast, Ellner has seen his fair share of different cultures. But for him, Billings already feels like home. “The people of Billings have been the best to get to know,” he said. “The community is vibrant and it’s a healthy environment.” The outdoor activities are no different: Ellner hikes the mountains with his dogs, runs the trails and competes in Spartan races to decompress after long days at work. His favorite place in Billings is Thompson Fitness, where a personal trainer helps keep both his body and mind in shape.

Ellner is determined to remain positive and provide quality care. The Billings Clinic CEO boosts morale whenever possible. While the virus has been an unfortunate and saddening experience for everyone, Ellner aims to use the event as a motivator and a springboard for future successes. “Our people are getting us through this crisis,” he said. “There are tremendous examples of our nurses, CNAs and physicians . . . getting us through this challenging time.” Some operational challenges have presented themselves during COVID, including capacity, workforce, and staffing issues. But Ellner is optimistic about the future of the Clinic and the possibilities that lay ahead. “Some of these changes we are instituting are going to position the clinic to be more sustainable,” Ellner said. “We’re going to be much stronger for the next five years at least,” he said. “This is a learning opportunity.”

During his 10 months in Billings, a large part of Ellner’s job has been to simply roll with the punches. However, despite tough decisions and pandemic challenges, Ellner’s vision for the Billings community hasn’t changed. “Our goal is to continue to be a strong and vibrant health system to serve the community of Billings and surrounding communities,” he said. Ellner’s goal is for Billings Clinic to become a regional healthcare system, as well as the No. 1 trauma center in the area. “We have an interest in impacting the community in a positive way, where our efforts can truly make a difference [and] where Billings can be a thriving and vibrant city,” Ellner remarked. Additionally, the Clinic is not only just a hospital in downtown Billings but also holds partnerships with 15 other hospitals across Montana and Wyoming.

Giving the best possible care in tough situations is a priority, and Ellner has always measured his own success with the success of the people around him. “At the end of the day, the way that I get peace or I look at success is, did the people around me feel like they made a contribution?” 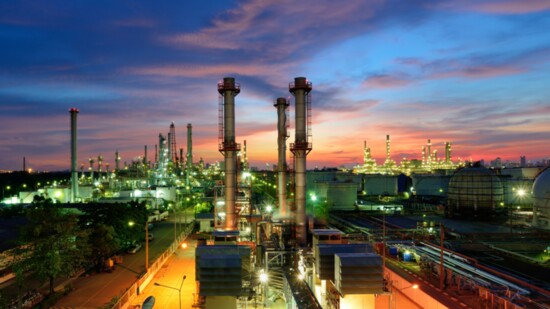