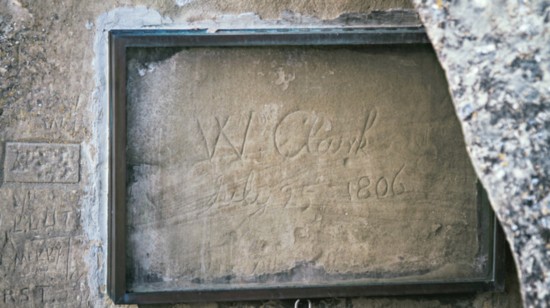 While browsing shops and enjoying downtown dining, residents also have a chance to immerse themselves in the rich history of Montana.

“The Western Heritage Center is an interpretative center and is one of Billing’s premier historical museums,” says Amy Elmer, museum assistant at the WHC. “It has organized its collection to standards of the American Alliance of Museums and is one of six museums accredited by the American Association of Museums in Montana.”

Visitors may partake in one of the regularly rotating exhibits, such as "Please Don’t Feed the Bears: Close Encounters with Yellowstone Wildlife" and "The Charles Barstow Ledger Art Collection."

“In addition to changing exhibits, the museum offers a ‘High Noon Lecture Series,' ‘Hoof-it with a Historian’ walking tours, and educational programming for students and the community,” Amy says. “The mission of the Western Heritage Center is to promote an appreciation of history and culture and tell the stories of the Northern High Plains region centered on the Yellowstone River Valley.”

The WHC is housed within the original public library building constructed in 1901, a Richardsonian Romanesque sandstone structure listed on the National Register of Historic Places.

Fun Fact: It cares for more than 40,000 historical artifacts.

Lewis and Clark led the Corps of Discovery across America into the wild western frontier, meticulously cataloging and journaling their findings and becoming the most famous U.S. exploration party to date. While their journey left a lasting impression on our memories and history books, little remains to mark their trailblazing.

“Pompey's Pillar bears the only surviving inscription of the Lewis and Clark Expedition,” says Chelsey Beck, volunteer coordinator and marketing manager for Friends of Pompey's Pillar. “Captain William Clark carved his name and the date ‘Wm. Clark July 25, 1806’ on the face of the 150-foot sandstone rock. Both his signature and the rock appear the same today as they did 200 years ago.”

An extensive boardwalk leading to Clark’s signature and to the top of the pillar enables guests to savor the scenery and visualize the route taken by the Corps along the Yellowstone River. Interpretive Rangers and Volunteers are available for answering questions.

The monument bears further historical significance, long preceding Lewis and Clark. “Some history and evidence show that Native Americans first occupied this land as far back as 10,000 years ago," Chelsey says. "It contains pictographs and petroglyphs, as well as the famous inscription of Captain William Clark.”

Location: Accessible from I-94 using exit 23, 30 miles east of Billings.

Although born to wealthy parents in upstate New York, Luther Sage “Yellowstone” Kelly was destined for a life of adventure upon the frontier. As a teen, he enlisted in the Union Army near the end of the Civil War and was assigned to a fort in the Dakota Territory.

“When his enlistment expired in 1868, Kelly, still a teenager, walked west to explore the region between Upper Missouri and the Yellowstone, earning a reputation for courage, intelligence and the sobriquet ‘Yellowstone Kelly,’” says John Brewer, president and CEO of the Billings Chamber of Commerce.

Kelly gained national fame for his role as the lead scout for Army Colonel Nelson Miles during the Battle of the Little Bighorn.

“In 1878, Kelly and Miles chased Chief Joseph and his followers during their epic trek across four states until the Nez Perce surrendered in the Bear Paw Mountains,” John says.

After marrying, Kelly became a rancher and government clerk, yet he never lost his yearning for adventure. He explored southern Alaska, guided naturalists John Muir and John Burroughs, fought insurrectionists in the Philippines, formed a friendship with Teddy Roosevelt and even supervised the Apache reservation in San Carlos, Arizona.

Kelly always knew he wanted to be buried in Montana.

“On June 26, 1929, he was laid to rest with full military honors,” says John, “overlooking the Yellowstone Valley.”