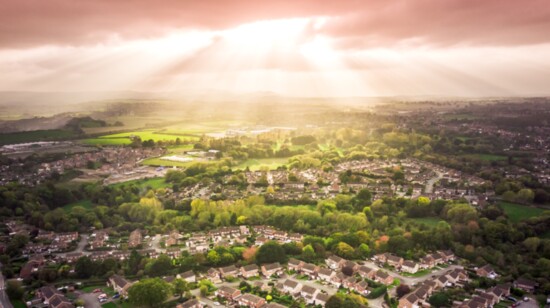 The Land of Our Childhoods

Our Relationship With That Place We Call Home

I almost hit a deer last night. I was meandering through Virginia hills, back to what has become my ‘home.’ The curves have become natural now. This bend is gentle, that one tight. This one has a pothole in the middle, that one the trees make a tunnel. One happened to be hiding a deer.

Back in Indiana, where my family is, I know the curves too. This curve has a barn on the other side, that one, my grandma’s house. The stop sign at the end of my street is optional except when the corn is too high. This cop agrees with me, that one doesn’t. I usually don’t come across deer, but there’s an occasional cow in the road, and I know which farmer to call.

I go back to Indiana to see my family, not the cornfields. But still, occasionally I look out my Virginia window hoping to see a great expanse of Indiana cornfields and it hits me, I’m not home.

A third of Americans over 30 revisit a childhood home at one point in their lives, said social psychologist Jerry Burger, Ph.D. Burger recently wrote Returning Home: Reconnecting with our childhoods after interviewing hundreds of people who had returned to their childhood home. Some returned to remember their roots, others to rediscover what’s important, or remember happy or sad times. In any case, most found what the wanted, he said. Many had no family there or, even if they did, went to places like a favorite playground to try to reconnect with a lost aspect of childhood. They returned to the place, not necessarily the people.

Burger believes that part of the need to return home comes from how much of our identities are formed within childhood homes. As children, we have a different, simpler set of priorities. The neighbor cat that visits is vitally important to the daily routine, while the shoes I wear to school aren’t and household chores are only done in an effort to go to the park. We build part of ourselves around what was important at the time, and as adults, Burger says, many long to return to that.

My family and I lived in a small ranch style house in the middle of nowhere until I was 12. I rode the horses across the street, walked to visit my grandma’s barbershop down the road, and my brothers and I swam in the deep spot in the neighbor’s creek. It was an idyllic country existence. Sometimes I walk past that house while visiting Indiana and the urge to go sit by the creek is so strong, I give in and do just a little trespassing. I promise, the neighbors don’t mind. Sitting there, on a log we used to dry rocks on, I can almost shut out the world enough to only worry about how cold the water is. I am almost home.

Yet, the paths in the woods are gone. The tree outside my old window is gone. “No man can return to the dream that was his home,” said Dr. Leslie Sillars, editor of WORLD Magazine. The place is different, I’m different, and I know that it wasn’t actually as idyllic as I remember. Even as I yearn to go home, I know that returning wouldn’t complete me.

The Greeks and Romans believed that every man has a yearning for Arcadia, an eternal home. The word carried an implication of completeness, oneness with the land and nature, and utopia. The yearning is intrenched in his soul and will never be completely satisfied until he reaches Arcadia in death.

Our relationship with the land is complicated, twisted like our relationships with people. Some places bring joy, some sadness. Some places my thoughts return to often, some I don’t remember. Some I long to return to, even though I know it won’t be the same. For now, I will be content in Virginia. I will try to satisfy a part of my soul that may never be satisfied. “No land ever again has such power over him as that in which a man was once a child,” said Whittaker Chambers in Witness.