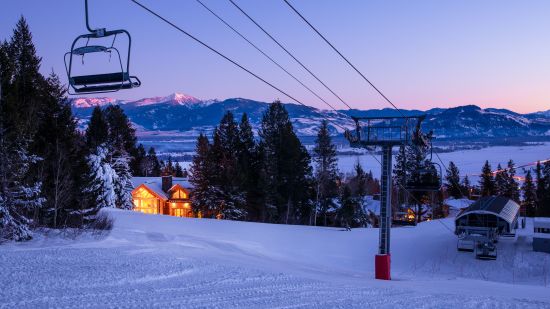 did you know that Jackson Hole is a spring ski destination?

Jackson Hole is a top outdoors destination in summer and winter. Its vast, breathtaking scenery is full of gorgeous places to explore.

But did you know that Jackson Hole is a spring ski destination? It’s thought of as a winter powder factory, the type of place you go to indulge in the best of deep and endless powder skiing. But as the seasons turns to Spring, you might be surprised to hear that Jackson’s also an incredible place for spring skiing.

The amount of snow the resort gets in a given year translates to a lasting snowpack making Jackson Hole a great place for your Spring skiing adventures. And the folks at Jackson are sweetening the deal and upping the spring-skiing party vibes with discounts, live music, and more.

Jackson has teamed up with airlines like United, Delta, and Alaska to make getting to Jackson a bit less painful on the wallet. Book a trip including lodging and a wintertime activity, and you’ll be eligible for a $300 per-person discount on each flight that you book. Get the full details here.

As if the above flight discount wasn’t good enough, Jackson Hole Resort Lodging is chipping in with its own 20-percent off for stays of four nights or more between March 19 and April 11. You can also take advantage of Jackson’s Escape into Spring Package that starts at $162 per person and includes four nights of lodging in downtown Jackson as well as round trip airport transfers.

Music Under the Tram

Everybody knows that the aprés-ski scene can be the most fun part of your ski day. There’s nothing better than kicking back with a drink to soothe tired muscles after a long day of skiing. Actually there is something better – same as the above, but with some live music thrown into the mix. That’s what’s going down every Saturday afternoon at Jackson until the resort closes on April 10.

To cap things off, April 1-2 the Rendezvous Festival will return to Jackson, with two free concerts headlined by Fitz and the Tantrums, Ben Harper, and The Wailers.

Got a season pass to a ski resort other than Jackson? Anywhere in the world, even? From today until closing on April 10, passholders at any other resort can claim a whole 50 percent off the current daily window rate for lift tickets at Jackson Hole Mountain Resort. With limited daily capacity still in effect at Jackson due to the pandemic, this is a deal best claimed in advance as lift tickets have been selling out at Jackson almost every weekend this season.

To sum things up, there’s a lot of reasons why Jackson Hole is the place to ski and ride this spring. Head over to jacksonhole.com to learn more and book your spring getaway to this legendary mountain resort.