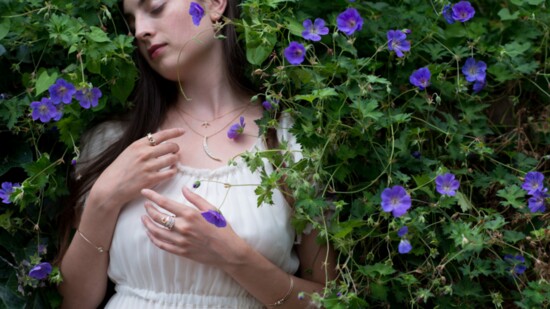 The New Local, a Non-Profit Supporting Women-Identifying Creatives, Works To Serve Boulder Through Art and Collaboration

Photography by Courtesy of the brand

The New Local formed organically after a six-week pop-up during winter 2019.

“A bunch of us who knew each other decided to do this holiday pop-up together, and it was magic,” says The New Local founder Marie-Juliette Bird. “The kind of community that we built amongst ourselves, and also within the broader community, and how much joy it brought to people to be able to discover local artists...We realized how much it helps just to be able to do things [like] share the costs and the time expenditure.”

The pandemic began soon after that first pop-up, so Marie-Juliette spent 2020 establishing The New Local as a 501c3 and working toward opening a brick and mortar on Pearl Street (which will open this summer).

“We thought it could be a really interesting model to be able to be of service to the community [and] have a space where we could bring really exceptional creative work by the women in the community and workshops and classes and events, and also have a communal space where women creators could show their work in a way that was financially viable for them and support a lot of small, women business owners in the community,” she says. “I felt like it was a really positive win-win on a lot of levels.”

As a non-profit, they’ve extended intentional, public calls for work that are reviewed by an impartial jury and have expanded outreach efforts to underserved populations in the community.

“We have jewelry designers, ceramicists, painters, printmakers, botanical soap makers, there's someone who harvests their own honey from which they make old-fashioned candy, bags, floral designers and book publishers,” she says. “It's a very wide range of creative expression, which is amazing because everything really complements one another, and it's also a new take on collaboration in exchange for competition.”

Marie-Juliette, who grew up in Boulder, spent time as a modern dancer, musician and currently has a fine jewelry company. Her experience as a creative has revealed the vast benefits of collaboration.

“There just seems to be this gap between creating beauty in the world and then being able to really financially create a livelihood, and I think that that's a really common experience for women creators,” she says. “I think that's really part of the mission behind The New Local. It's the intersection between creativity and financial empowerment for women and that collective strength and creating that for each woman who has her own business.”

Bird says there’s an opportunity for anyone to be involved in supporting The New Local's physical space, whether as a creator, donor or by attending an upcoming event or workshop in the space.

“We're psyched to have a long-term hub on Pearl Street to really build a center that contributes to the community in a really meaningful way...We hope that everybody in the community could be involved in some way in helping us grow this vision,” she says.

For more details about how to contribute, visit TheNew-Local.org.