Fighting Life's Trials As a BIPOC Through Climbing

Having attended meet-up groups herself, Shara Zaia found a niche for needing a meet-up group that not only welcomed people of color but was strictly for BIPOC (Black, Indigenous and People of Color)—so was born: Cruxing in Color.

A crux is the hardest sequence of a climbing route. Symbolically considering the trials and tribulations that people of color incessantly have to go through, Cruxing in Color is geared toward connecting, inspiring and empowering climbers of color while creating a safe space for BIPOC members who have experienced the ideology that vulnerability in the sporting world, while being of color, is inadmissible.

For as long as America has been standing, feeling welcomed in certain spaces while being anything but white can leave you feeling many things—insecure, unworthy and unwelcomed. Shara took these feelings and intertwined them with her knowledge of climbing and decided to create not only a space for herself but a space for people who have felt just like her—and tend to still feel that way. Feeling as though making connections is a big part of Cruxing in Color, Shara and her team of volunteers utilizes their monthly meet-ups to open the door for inquiring minds to converse what it’s like to be a BIPOC and to probe for ideas on how to not only make this presence known but accepted as well—especially within the climbing community.

“I’ve been there, and I know what it’s like not to have a community,” says Shara. “If you think of any aspect of life, being BIPOC is a little bit more challenging. What I hope is that in these spaces, BIPOC folks can start to feel safe enough not to have to code-switch or to have to walk into a room and expect people to not just get it, or understand them and where they come from.” Whether you are a beginner climber or super experienced, Cruxing in Color is a community within a community. You’ll meet people who are willing to slow down and teach you the ropes to climbing but are also willing to slow down and share their own life experiences.

People of all ages and experience levels are welcome to join Shara in her mission to get out and be active but also to be a part of a bigger conversation that empowers people to learn from one another and to encourage a collective that prides itself in showing up as their 100 percent truest self. For those interested in fostering representation by creating equitable access to a level of sundry, Cruxing in Color is looking for members who can attest to their goal of creating a safe, welcoming space. Every month, there is a meet-up where members, new and old, can explore crags and gyms throughout the Colorado area. If climbing isn’t up one’s alley, Cruxing in Color welcomes monetary donations to help them safely educate their climbers and provide them with the tools and equipment needed for breaking down the emotional and physical barriers that BIPOC folk tend to face in their everyday lives. 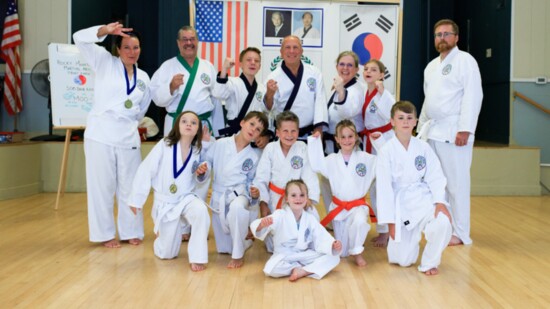