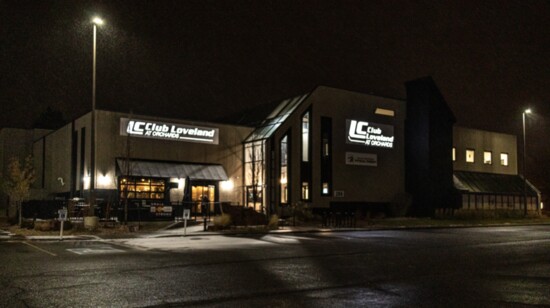 Robin Depperschmidt-Williams was never one to sit back and just let things happen, especially in Loveland. She has a deep history with the town and takes ownership of her community.

“I am immensely proud to say that I am a native of Loveland,” she says. “I was born and raised in Loveland and have raised my family here as well. My parents went to school here and worked at Hewlett-Packard. I have always, always loved our community and have never wanted to leave.”

Robin has always held a special place in her heart for people and businesses in the community that needed a voice or deserved a hand. She has created and implemented several charities and fundraising events for various organizations, individuals, and families in need. She has also served full terms on both the Handicapped Advisory Committee of Loveland and the Larimer County Office on Aging.

“I also have been at the forefront of standing up for what is right, and I believe wholeheartedly in taking a stance when needed,” she says.

As general manager of Club Loveland, which opened in December of 2018, Robin works in the community, in addition to living here. Given her extensive background in fitness, the Club is not only a job for her, but a vocation.

“I started working in health clubs in Loveland when I was 19 years old [in 1983] at Gloria Stevens Figure Salon, and have built my career in fitness from that,” she says.

She went on to work at several other Loveland health clubs, including the Rocky Mountain Health Club in 1987, which was the first business to open in what is now Club Loveland’s location. Later, the Orchards Athletic Club (OAC) opened there in 1995. This was where she created her beloved senior fitness program.

“I felt in my heart that this challenge would truly provide the seniors of Loveland the opportunity for longevity and social health,” she says. “By 2012, I had over 1,600 seniors in my program, but sadly, the club closed. I was more than devastated to say goodbye to not only my precious seniors, but the building that had held my heart for almost two decades.”

During the six years the club was shut down, Robin continued working with seniors, including seniors with disabilities, by opening her own business, UB4ME Health.

“I went to seniors’ homes, provided physical therapy, and also had my own studio for those seniors with mobility,” she says. “My business was beyond successful and I had a waiting list for new clients. There was nothing that could have taken me away from this fulfilling and humbling opportunity except…the old Orchards Athletic Club Building.”

She said she had recurring dreams that she broke into the building while it was closed, and let people in to work out. “The dream always gave me a feeling that this is where I was supposed to be.”

Robin was right. In November of 2017, one of the owners of Club Loveland, Todd Heenan, contacted her and asked her to meet him at the building. As they walked the space and she told him about OAC, he told her he was planning a $5 million dollar renovation of the club.

“The next time we met, Todd said that he saw the passion in my eyes for this club, and he wanted me to run it. As hard as it was to say goodbye to my own business, I knew God put in my heart that Club Loveland was where I was supposed to be,” Robin says.

So, on March 17, 2020, when COVID-19 shut down many non-essential businesses in Loveland (including health clubs and gyms) Robin was once again devastated. She knew she needed to do something to enable them to open again as soon and as safely as possible.

“First and foremost, we were bleeding money,” she says. “Our income had disappeared, but our monthly bills continued to come in. Secondly, our team members were itching to come back to the environment they loved; they missed our members and their co-workers. And last, but most definitely not least, our members wanted to get back into their club and resume their fitness routines.”

So, Robin reached out to other gym owners in Northern Colorado, and many were instrumental in her efforts. She formed an alliance with other health club owners and managers to work with the Larimer County Commissioners and Health Department to set up guidelines and parameters for a quicker reopening for health clubs in Larimer County.

Those guidelines were extensive. All of the equipment had to be six feet apart, so they had to reconfigure the entire club and eliminate some exercise options in order to space out their equipment.They reduced the size of their group exercise classes so participants could be six feet apart. Reservations were also necessary for lap swimming and for its Kid’s Club.

In addition, they invested in electrostatic disinfecting equipment and utilized a top of the line microbe-eliminating product that lasts on surfaces for up to 90 days. They have NanoSeptic self-cleaning touch points, hand sanitizer, special bins for small equipment sterilization, and 10 additional cleaning stations with microfiber towels. Plexiglass guards were erected, distancing stickers were placed on floors, and a one-way entrance and exit were created, along with designated directional halls and stairs. Staff is screened and temperatures are taken before each shift.

It didn’t stop there. They purchased ultraviolet wands to kill bacteria and have designated cleaning teams during operational hours. Janitorial staff is there seven days a week before and after hours, and lockers, sinks, and showers have been separated.

When they were finally able to reopen on May 27, 2020, their members were ecstatic. Robin was overwhelmed with the positive feedback from customers who said that the club helped them regain physical and mental health. They felt a sense of normalcy again.

“To give people something to look forward to in today’s world, in their daily lives, makes my job the best job in the world right now,” Robin says.

She is confident that the club is the safest, cleanest place to workout. To date, there have been no reported cases of COVID-19 generated from their facility.

Robin does note that there were many obstacles other than purchasing all the required equipment and implementing the guidelines to successfully reopen. She credits their constant communication with members and staff, along with their vigilance to maintain health protocols, the opportunity to reopen during the pandemic.

“My team deserves the credit for their dedication and integrity in making this club everything the owners and I dreamed it could be,” says Robin. “Our members are the heart and soul of this club. They are appreciative, caring, and dedicated to not only their own health, but to supporting our locally-owned small business.

As a testament to that, many of the club’s members expressed that they wanted to continue to pay their dues when the club was closed due to COVID.

“There is no better way to express my gratitude to our members than to say that they are the reason 2020 has been my favorite year ever,” Robin says.

I also have been at the forefront of standing up for what is right, and I believe wholeheartedly in taking a stance when needed.

Club Loveland at Orchard is located at :