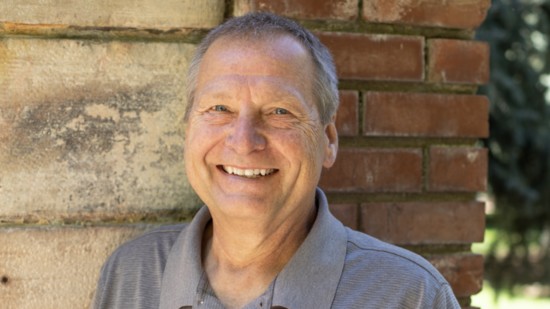 Our community is filled with so many amazing individuals who help make where we live such a great place to call home. In the spirit of our Thankful issue, we here at Loveland & South Lifestyle wanted to show how grateful we are for the individuals who are leading the way for positive change and igniting a compassionate drive in all of us to do something to better the lives of others.

It is a rare thing that someone should go through life without struggling at some point. The most successful people in the world often carry stories of hardship. There are many roads and many stops in life, and at times we find ourselves in a place or position that we did not originally foresee. While interruptions in life are not uncommon, it never makes it easier to face these circumstances alone. That is what community is for—to assist in building others up when things are going well and to depend on when life throws the unexpected.

According to the Oxford Dictionary, the word "inspire" is defined as "the act of filling someone with the urge or ability to do or feel something, especially to do something creative." The following individuals stand not just as pillars in their communities, but also as truly and universally inspiring citizens. Their stories are made of hope, love for their neighbors and a willingness to see a need and do something about it.

Business/Organization: Be the Gift

“We don’t know people’s struggles or their journeys; we just see when someone needs some help.”

Be the Gift is a local organization that helps single parents with home projects. Be the Gift came about when Chris Johnson and his wife, Marilyn, realized the influence they could have on the single parents that they had come into contact with during Chris’ 20 years as a youth pastor. They had friends who were contractors, carpenters and masons, among other trades, and thought if they could all come together, they would be a powerful force within the community. They wanted the name to be a call to action, and it certainly is. It began by simply asking a single mother how they could be of service to her. In 2008, they completed 13 projects; in 2019, they have completed more than 70. Volunteers typically come from businesses and churches, but all are welcome. While they are there to work, they also take the time to educate individuals about their homes to help them feel more secure and empowered. Not only are they laying a strong foundation for the communities they work in, but they often witness how service changes those who serve as well.

“I want people to be proud to say they live in Johnstown.”

Mayor Gary Lebsack is a retired farmer and a lifelong resident of Johnstown. He farmed from 1972–2000 alongside his father, brother and two sons. Gary studied sales at Northeastern Junior College, Colorado State University and South Dakota State University. Gary is also a United States Air Force veteran who served in Vietnam and began his political career in 2003 when he ran for city council in Johnstown. In January 2019, he became the mayor of Johnstown with two main goals: to keep the community safe and to manage the growth in a positive way. One of Gary’s biggest desires is to help the town of Johnstown have a financially responsible philosophy on infrastructure growth that is healthy for the community. His motto is to grow responsibly with quality in mind. You will most likely find Gary out in the community as he regularly meets with citizens, developers and staff; carries out regular council meetings; and volunteers in the community. His attitude toward customer service has resulted in the city council doubling its staff at Town Hall to be able to service the public efficiently and with care.

“Our mission has three legs: be charitable, make affordable and use local talent.”

David Gregg and his wife, Stephanie, have called Berthoud their home since 1997, though David’s extended family has had prior roots here. They have three children, two of whom are grown and fulfilling their own purposes in life. They began Mission Homes in 2018, with their goals being to build good quality, affordable and highly efficient homes. The two of them are a faith-based, hands-on team who share their leadership responsibilities 50/50, and their son DJ joined them at Mission Homes in 2019 as their operations manager. When it comes to home building, they don’t believe in cutting corners on quality and finish. All the materials they use work to maximize the energy efficiency of the homes. Together they have built 73 homes, 32 of which were closed on in 2019. While the cost of living continues to increase along the Front Range, many have lost hope in owning a home in the area. David and Stephanie are passionate about changing the industry so that locals aren’t priced out. Aside from creating beautiful, affordable homes in the community, their business currently supports five local charities, three regional and two international, that share their passion for helping those in need.

"My motivation to establish Let’s PLANet Giving was to make a difference and “'be the change I want to see in the world.'”

Suzanne Doles, the president, founder and executive planner of Let’s PLANet, has always enjoyed helping others bring their dreams and visions to fruition. Suzanne has been married to her elementary school sweetheart for 24 years, and they have two sons. Suzanne wanted to make an even larger impact on the community she loves through Let’s PLANet, a company that provides services and planning for the wedding and events industry. On the business side of things, the company’s mission is clear: “to design, stage and manage events that will ensure a delightful experience and fantastic memories for years to come." On the charitable side, Suzanne has created Let’s PLANet Giving, where she donates her time and support to the town she loves. She is an ambassador for the Berthoud Chamber of Commerce and does a variety of events for local businesses. Let’s PLANet Giving is passionate about helping those who find themselves struggling with hardships like the loss of a loved one, homelessness, illness or financial crisis. Let’s PLANet Giving partners with other outreach programs in the area to help address needs and create a network of love for those suffering in the community.