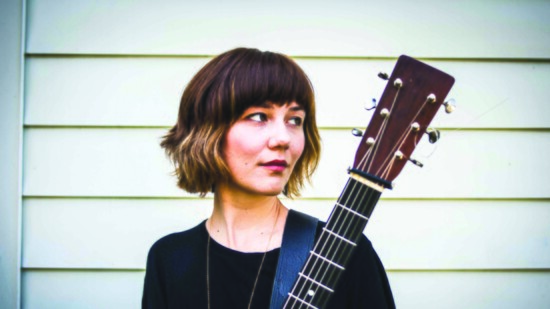 Let There Be Music

We sat down with Travis Albright, the founder of Bluebird Music Festival, to chat about the two day music festival right here in Boulder. “After a year and a half of a COVID hiatus, it is coming back bigger and better than ever, expanding to four events over two full days.” Albright says. The Bluebird Music Festival is entering its third year, all of which have taken place at Macky Auditorium in Boulder. Tickets may be purchased to each individual show or as a weekend pass.

TELL US ABOUT FAF AND THE BLUEBIRD FESTIVAL?

Travis: The festival has featured performers such as Jim James, The Tallest Man on Earth, Neyla Pekarek of The Lumineers, Gregory Alan Isakov, and Langhorne Slim. The festival showcases singer songwriters, giving respect not only to the songs, but the stories behind the songs. It’s a nice change from many festivals as it takes place in a beautifully historic, seated theater, which rarely hosts this type of music. The auditorium is designed for, and generally hosts, orchestral performances. So this is extra special.

The event benefits the Future Arts Foundation which supplies Colorado public schools with musical instruments and provides free and reduced rate art classes to the children of teachers and first responders. The main way the nonprofit is supported is via the silent auction that takes place in the lobby each day which has featured signed memorabilia donated by Phish, Wilco, The Lumineers, Jack Johnson, and dozens more.

WHAT ARE YOU LOOKING FORWARD TO AT THE FESTIVAL?

Travis: The highlight, and most unique feature, of the festival are the afternoon Strings & Stories performances. These have a laid back, intimate feeling where each performer pairs a few songs from their catalog with vulnerable storytelling. If you were a fan of VH1 Storytellers back in the day, you’ll love these events. The other thing that is exciting, to me at least, is the friendly and comfortable atmosphere. At many festivals, you can find yourself in crowded, uncomfortable areas, where the folks around you may not be the most respectful or just too tall. At this event, all 8,000 attendees (2,052 per show) have their own padded seats, surrounded by the most welcoming, friendly, and respectful crowd in live music. I’ve loved many wild, crowded festivals in my day (New Orleans Jazzfest, Phish Festivals, Bonnaroo, Telluride Bluegrass, and Newport Folk Festival). Those all have their place and are amazing, but this is a nice change of pace.

WHAT ARE SOME OF YOUR FAVORITE ACTS AND A FEW OF THE UNKNOWNS THAT MIGHT SURPRISE US?

Travis: Well, because I personally book all the musicians, I obviously love all of them. Jeff Tweedy of Wilco and Paul Hoffman of Greensky Bluegrass will have just played Red Rocks weeks before, so it will be nice seeing them in a much smaller room. Jade Bird was one of the musicians who was actually on the bill last year before it was cancelled, so it’s great that she once again agreed to fly in from London. To take your question very literally, the artist(s) who will surprise you are the TBA performers for the Saturday evening event. You will not want to miss this pairing, so make sure you grab your tickets to this one before it sells out. Because our hands are tied and cannot announce them yet because of some logistics, we cannot announce until this summer, though it may very well sell out prior to the announcement.

WHAT IS THE GOAL OF THE FESTIVAL FOR THE BOULDER COMMUNITY?

Travis: Our goal is to make this an annual, keystone event for the community to count on and hang their collective hat on. As a one-day event, the festival was estimated by the city to bring in over 1 million dollars to the local economy. Even during an improving pandemic, this year’s event has sold tickets to folks in over 25 states and multiple countries. So as the event expands, hopefully it will give our local businesses the shot in the arm they desperately need this year.

WHAT ACTIONS WILL THE FESTIVAL TAKE FOR SAFETY PRECAUTIONS?

Travis: Though most signs are pointing in the direction of a safe, healthy, “normal” environment for the fall, what we’ve learned is that you need to hope for the best and prepare for the worst. We will be working with state and university officials to implement any protocols that may still be needed in the fall. One of these could be reduced capacity. If capacity needs to be reduced, those who purchased their tickets first will receive priority admission while all others will be refunded. If this is the case, the event is already very close to selling out as it has in the past. But after over a year of a pandemic, political divisiveness, and isolation, what we will all need later this year is community, and we cannot wait to reunite with our Bluebird Music Festival community. We miss you and will see you soon!