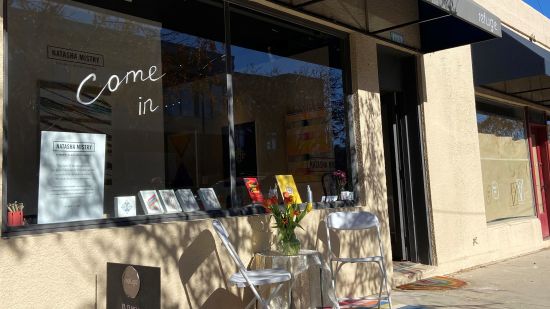 The New Refuge on Pearl Street

The sky turned a blood red color, creating a filter over the sun, which ominously tinted Pearl Street in Boulder. The ash blowing in the wind watered the eyes, and the smoke lingering in the wind burned the nose.

A young woman walked the deserted street alone, terrified. She had never experienced wildfires, and the shock and air quality of it all was giving her a pounding headache. Though she hoped things would improve soon enough, she could not help but think that she was a character in a scene from an apocalyptic blockbuster movie. Finally, she reached her destination, 1727 Pearl St.

When she entered, exhausted both mentally and physically, she could hardly stand, but she immediately found solace when she looked around. She was transported to other worlds, those of the art of Brazilian-American artist Rebecca Sharp, whose surrealist canvases instantly ensnare you in a Francis Bacon-like landscape full of symbolism and ambiguity.

Sharpe's enchanting artworks, full of meaning and vivid colors, were stark contrasts to and welcome escapes from the monochromatic hell-scape outside. After the young woman opened the gallery, others came in, singed and battered by the fires as well. They had all found their safe space, their shelter from the storm, their refuge.

“That day, I experienced real REFUGE,” said Radna Segal, a mixed media artist and the young woman who opened Refuge Art Gallery a few months ago. “It's been a refuge for many people. Tired moms, first dates, and wandering souls.”

Radna had originally rented the space for a birthday party and an opportunity to showcase some artwork.

“I just wanted to have some fun and invite friends, but people really appreciated having a place to gather and discuss art and culture. Those were very scary times, with the fires and the start of COVID. Everyone just needed a safe space.”

During the initial gathering, Radna says that the demand for a permanent place was palpable.

“Everyone insisted I try to put on a real show and try to sell some work.”

She began by putting on the work of local women artists, artists she knows and believes in. The first exhibition was the work of Rebecca Sharpe.

“The show was extremely well-received. The gallery was filled, and people spilled out onto Pearl Street. People were dying for a place for socializing and culture. It was a huge party and a huge success, and it made enough money that it made sense to try to seriously operate a gallery.”

Refuge has continued to put on shows, and her support has primarily come from the friends of the exhibiting artists. After Rebecca Sharpe, Radna put on an exhibit of the work of Karen Yust, a mosaic artist inspired by the art of Mexico.

“Karen's show featured politically charged mosaics at a time when tensions with Mexican immigration and the border wall were at their height. Karen's work also addressed the issues of reproductive and women's rights.”

Refuge then went on to host a "community doodle project" that “allowed people to engage with feelings that have sprung from the pandemic: hope, solidarity, a sense of humor, love, and encouragement.” Then, Refuge exhibited the work of London-born artist Natasha Mistry, who “shared a visual representation about this ever-changing period with her kaleidoscope-like mandala paintings. “

Refuge Art Gallery has always been and still is a work in progress, another artwork by Radna Segal, the mixed media artist. Struggling to keep the doors open, Radna decided to expand its showings beyond local women artist exhibitions. The gallery now hosts live music events, yoga sessions, and is always looking for new ways to open up Refuge to the Boulder community.

The current exhibition, and the last of 2020, is of the work of the world-renown nomadic artist Eduard Sangadzhiev. Radna intended to heal some of the wounds opened by 2020, and Eduard's beautiful Buddhism-inspired paintings do just that. The work is so cathartic that Radna says that several of the pieces have already been sold to local therapists for their Boulder offices.

“We have only been advertising by word of mouth so far, but it's time to start marketing and getting more support from the community. This gallery just came about organically. I never planned on it. But the community needed it and wants it, and I want to stay.”

Refuge Art Gallery is now a refuge for local and underappreciated artists to present their work and try and forget the odd state of the times. Boulder Lifestyle welcomes it to our community.

Born in New Orleans, trained in filmmaking at UCLA, graduated into the New School of culture in New York City, and settled in the orgonic mountains of the Rockies. A gallerist of women contemporary art, a spiritual conceptual artist, and an Afro-Futurist Shaman.
Read More In My Profile 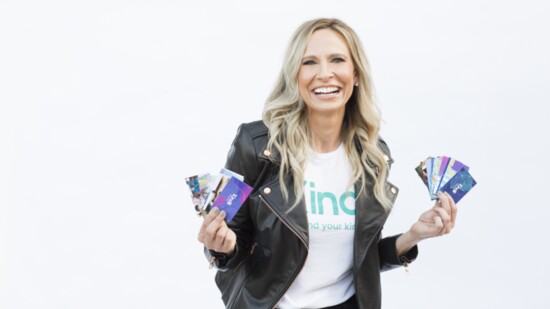