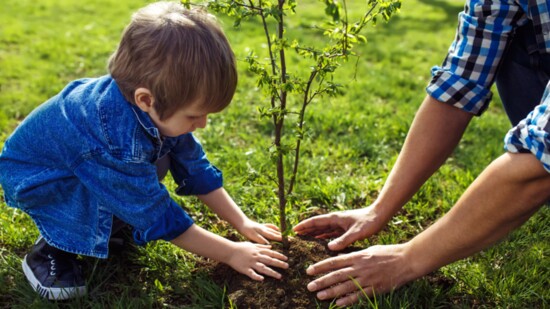 Keeping Charlotte the City of Trees

Did you know that Charlotte has historically been known as The City of Trees? TreesCharlotte is a 501(c)3 nonprofit organization that works as a public/private collaboration dedicated to growing, diversifying and stewarding Charlotte’s iconic urban forest.

Founded in 2012, TreesCharlotte focuses its efforts on educating Charlotteans on the vital impact proper tree canopy has on the quality of life. In addition to the planting and conservation of trees, the nonprofit is also committed to other climate change issues including fighting air pollution, conserving electricity and mitigating stormwater runoff.

TreesCharlotte devotes a considerable amount of its efforts to science-based educational programs held at schools and other community venues. Trained volunteers lead these and other outreach efforts that instruct individuals in the proper planting and care of trees. The nonprofit prioritizes efforts to assist Charlotte’s underserved communities by providing adequate tree canopy.

Although TreesCharlotte has been in existence for less than a decade, much has been accomplished. More than 18,0000 volunteers have made it possible for TreesCharlotte to plant or give away more than 35,000 containerized trees. TreesCharlotte has established or expanded partnerships with numerous corporate sponsors to promote the organization’s values and further its objectives.

Research shows that while the Charlotte area offers a wonderful foundation for achieving the canopy goals TreesCharlotte envisions, environmental conservation and planting efforts must be pursued at a heightened level so that thousands of trees are planted to offset the massive growth and urbanization Charlotte and the surrounding region has experienced in recent decades.

To reach this goal, TreesCharlotte has adopted an aggressive, visionary platform that calls for Charlotte to reach 50% coverage and city-wide acceptance of community responsibility to plant and care for trees as well as fund efforts to sustain and protect the city’s tree canopy for future generations.

As a nonprofit organization, TreesCharlotte depends on volunteer workers and donations to promote and facilitate its initiatives.