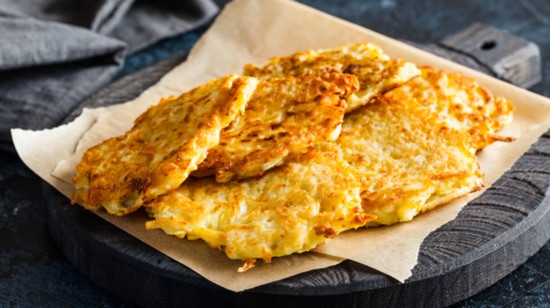 It was while she was healing from a foot surgery in 2004 that chef Jaime Carmody first started drawing up plans for the personal chef business that would become Out of Thyme Kitchen Studio.

“My husband and I had moved here from San Diego earlier that year. I was recovering and planning, and by January of 2005, I started working out of my house.”

That model shifted quickly to setting up shop in other people’s houses and cooking.

“I would cook whatever meals they wanted, clean the kitchen, pack up, go home, then go to someone else’s house the next day. I was cooking for four to five clients per week, during the day, and at the same time I was teaching cooking classes four to five nights per week at various locations around the city,” she says.

Slowly, Jaime’s clients began to ask the Loveland-based culinary entrepreneur to just deliver the food as opposed to preparing on-site. Clients signed waivers giving Jaime permission to cook their food in her own home, and she quickly doubled her clientele, allowing her to hire her first employees. Business was brisk, and Jaime continued to find success with an organic business model that she developed around both her clients’ needs and the priorities of her own family. But eventually, she discovered that she wanted more.

“After 10 years, I realized that I needed to make it bigger. That’s when I went back to the drawing board, and we built the studio. We opened here in March of 2016.”

Jaime believes she has taken the personal chef service—once considered a luxury for only the wealthy—and opened it up to the public.

“Most of my clients aren’t Indian Hill socialites. They are families where both parents are working but they still want healthy meals, or they are people who don’t know how to cook. Sometimes they’re people who have dietary restrictions that are new to them, or they want to lose weight after having a baby and don’t know where to start,” says the mother of two.

“We now have two different levels of chef service. I still have the traditional personal chef clients. We sit down with them and do a consultation and get to know what they like to eat. Instead of making it in their home, we make it here in the studio. But we also have walk-in traffic—people who don’t want to have the consultation or pay the higher price. They just want to pick up dinners. That’s what we call á la carte,” Jaime explains.

Á la carte customers can either purchase what is available that day or place an order up to 24 hours in advance. Out of Thyme’s website is updated daily by Jaime and her crew. All food is made from scratch and to order. Many of the items are also available gluten- or dairy-free, if not already, then by request.

“The intent is for everything to be freezable. All menu items are designed to be reheated.”

When she’s not actively in the kitchen cooking, Jaime seeks inspiration, for both the dishes that she serves and the classes that she teaches, in ethnic cookbooks.

“I taught an international cooking class at Great Oaks Vocational School for about seven years, and every week we did a different country or region. That really gave me an opportunity to dive into all these different cuisines and ethnicities,” she says.

“I’m dying to go to Thailand. Thai cooking is my number one go-to. I also love Japanese, Chinese and Malaysian flavors as well as South American cooking—I find a lot of similarities in the flavor profiles.”

While Thanksgiving is technically her favorite holiday, Jaime also offers holiday entertaining classes during the month of December that encompass both Christmas and Hanukkah culinary traditions. On Dec. 1, the Out of Thyme kids’ class—complete with hot cocoa bar—will focus on decorating gingerbread houses with plenty of colorful candy and scratch-made royal icing. The adult class held on Dec. 6 will showcase some of Jaime’s tried-and-true appetizer recipes, not to mention tips and tricks for making killer holiday cocktails. Class size is limited. Sign up at OutOfThymeChef.com.

“Hanukkah is amazing because everything is fried!” exclaims Jaime Carmody, chef and owner of Out of Thyme Kitchen Studio. “We love latkes, and my dad’s are always especially good. I also have a bunch of other variations that I developed for a client a while back,” she explains.

Fortunately for us, Jaime was willing to share not just her own stellar family recipe but also some of her signature add-ins that take her standard recipe to the next level. She’s also provided garnish suggestions that range from the traditional (applesauce and sour cream) to the lavish (caviar and smoked salmon). Mazel tov!

Heat an inch of oil in a heavy-bottomed pot. Using a ladle or a scoop, drop enough latke batter into the hot oil to make 3-inch pancakes. Cook over medium heat until lightly browned, 2-3 minutes. Flip and cook for another 1-2 minutes or until puffed and crisp. Drain the latkes on paper towels, and keep them warm in a low oven. Repeat until all the batter is cooked.