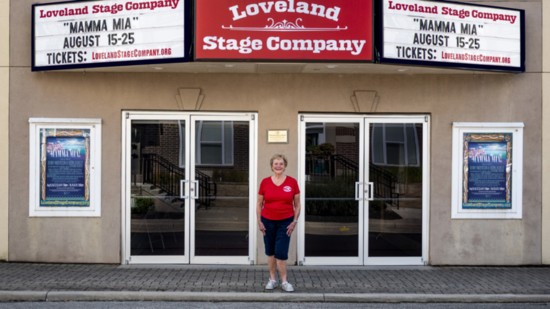 Since 1979, the Loveland Stage Company has brought world-class live theater and performing arts to Loveland residents and visitors alike. And this season, the not-for-profit organization celebrates its 40th year as a valuable Loveland institution—one that’s mere steps away from our area’s most popular restaurants and shops.

“Live theater in the middle of Loveland … the community has benefited from that,” says board member Dick Dyson. “We’ve had consistently good audiences—not only from Loveland. And it’s an opportunity to perform.”

But, as happens with theater, there have been lows to accompany the highs. In 2008, a fire destroyed all but the theater’s four walls.

The group had to consider their next move.

“We decided we wanted to stay right here, right in the heart of Loveland,” says Pat Furterer, president emeritus and original founder, on the decision to rally. “Within one year, we had the theater redone, paid for and we put on Miss Saigon. It was unbelievable.”

Looking back on the Stage Company’s auspicious creation in the late 1970s, Pat recalls their first gathering at her own home.

Now, the full-fledged theater they call home has seating for nearly 200 and routinely enjoys a packed house. Audiences have been treated with talent who’ve gone on to become professional comedians, Broadway performers and more.

“We’ve become as professional as amateurs can be,” Pat shares, beaming with more than a bit of Loveland pride. “I think we’re pretty darn good here.”