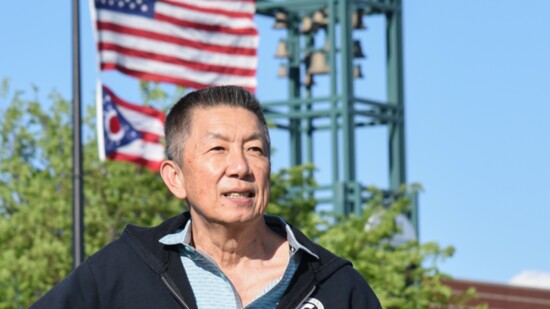 The Power of Community

Lee Wong is a familiar face in our community. You may know his smile from ribbon-cutting ceremonies or recognize him on a mini segway in local parades. Recently featured in national news in a viral video, you may remember his heartfelt speech from behind the podium of a town hall meeting. Lee is entrenched in the community. He lives, works and plays here.

Lee experienced a curvy path to West Chester. As a boy, he lived with his Chinese parents in Borneo, an island in Southeast Asia. He learned to rely on his circle of family and friends when he lost both parents at a young age. When it was time to consider college, he applied to study in Chicago and followed his older brother to the United States.

“My father died when I was 10, and two years later, my mother also met her demise. By the goodness of the Lord, I made it through,” Lee says. “There was no university. You could either apply and go away to study or stay there,” he explains. “I was fortunate.”

Lee’s course of study shifted when the unthinkable happened.

“My dream to become a pharmacist was derailed because I was attacked in Chicago. That was a turning point in my life,” he says. “I didn’t want to be a victim. I wanted to improve myself and make myself better, stronger. So, I went into the Army.”

Lee credits the United States Army for many of his life skills.

“The Army really taught me a lot: how to talk to people, networking, teamwork,” he says. “This is where I learned about patriotism, leadership and taking initiative—don’t sit there and wait for someone to tell you, go out and do it.”

He started in Military Police, but later tested into the exclusive Criminal Investigation Command unit, described as the FBI of the Army, and spent his career in active duty.

Another big shift happened in Lee’s life when his Chicago roommates took him along for a family reunion. There, he met his future wife, Terri.

“We had one date and that was it!” he says with his trademark smile.

Lee and his family moved to West Chester in 2001, attracted by the school district, open spaces and proximity to Terri’s family and friends.

“I just love it. It is open out here. It’s a great place to raise a family,” he says. “It is safe, has a good police department, good services and amenities. Why not live in West Chester?”

Lee is now Chair of the West Chester Township Board of Trustees, where his public service career began in 2006.

“I want to make wherever I live a community,” he explains. “I wanted to have a voice in it and make it better than when I found it. This is why I get involved.”

Lee responds to the struggles that life has handed him with thoughtfulness, erring to the side of kindness and living with generosity. He knows and trusts the power of being a part of a caring community.

“Real patriotism and loyalty come from the heart, not in the skin, or a tattoo, or flags all wrapped around,” says Lee. “It’s in the heart. It goes deep.” 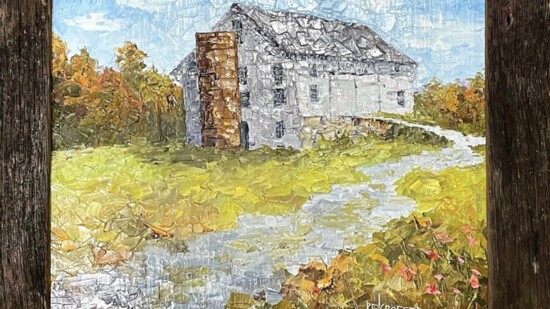