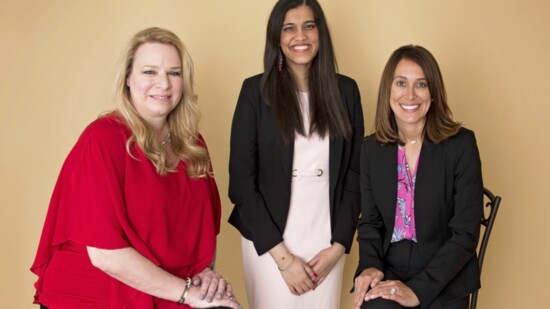 Working for a Better World

Three local women use their expertise to make a positive impact for kids, families and their communities.

Photography by April Sova—Remember When Portraits

Nicole Pfirman has been part of the Mason City Schools community for 17 years. After many years providing therapy for special education students, she began to notice similar patterns of behavior were happening in general education. As a result, they began to roll out mental health and behavior support at the Mason Early Childhood Center, and efforts continued to grow from there.

Two years ago, Nicole wrote a proposal for a mental wellness team which the district chose to invest in. As Mental Wellness Supervisor, she now leads an interdisciplinary and collaborative team that addresses mental health and social emotional needs. In addition to her team of five, she supervises 21 school counselors, and oversees their partnership with Cincinnati Children’s Hospital, which includes 10 on-site mental health therapists and one nurse practitioner.

“As an occupational therapist, my focus has been on engaging clients in meaningful occupations to increase their overall health and wellbeing. Therapy is often used to treat students with specific disabilities, but building a balance of play, leisure and work for all students and staff increases the mental health of everyone involved,” explains Nicole.

To support the holistic mental wellness of students and the community, they aren’t only focused on what happens during the school day. Through outside agency partnerships with Children’s Hospital, Joshua's Place, Grant Us Hope and others, they are able to create a fluid system of support where students can come in and out as their needs change. It also connects families with community support that they would not otherwise have access to.

“Our counselors do an amazing job of connecting families with service providers and helping them make a plan to get their needs met,” shares Nicole. “We know that when students have their basic needs met, they will be able to perform at a higher level academically.”

They also have many specific programs already running like full-time therapy dogs for each campus, training for staff in the suicide prevention program Question, Persuade, Refer (QPR) and partnerships with 1N5 and Mindpeace of Cincinnati to provide mental wellness treatment and trainings for staff. Future plans include developing a district-wide social-emotional learning program, and working with partners to expand in-school support services for students beyond mental health treatment.

“We wouldn't be able to impact the mental health of our students with our internal team alone, or without our partners and community who are walking beside us in this work,” says Nicole.

Laalitya Acharya has always been curious about the world around her and how it works. She can chart her interest in science and technology to a very specific memory: “As a child I loved Coca-Cola, but my parents wouldn’t let me have it,” she shares. “So, I experimented with recreating the recipe myself.”

Now a Mason High School Senior, she is the recent recipient of the Coca-Cola Scholars $20,000 scholarship, bringing her science journey full circle. Out of nearly 100,000 applicants, the top 150 scholars are chosen based on academics, community service and a desire to push for a better world.

One way Laalitya is making an impact is through the founding of The Nereid Project. Nereid is a method to detect microbial contamination in water. It is a cohesive device that uses a custom-designed microscopic imaging system to take images of water, AI processing to analyze the images and a transmission system to communicate with local water plants. The device can be directly implemented into water systems to identify any contamination that may be present.

“I became interested in the global water crisis on a trip to India. Even though we took precautions I still became ill from contaminated water,” shares Laalitya. “I wanted to find a way to help bridge the water gap and solve the contaminated water issue.”

Currently, she is working with local authorities to have Nereid implemented in order to study real world results.

In addition to her work on the global water crisis and her research, Laalitya finds time to advocate for STEM through camp counseling at iSpace, creating STEM programs for Mason Intermediate with the Science National Honor Society and mentoring the Mason High School Science Fair Team.

“Mason doesn’t have a robust research program for kids so I wanted to be part of helping them see the amazing possibilities in science and various technologies,” she explains.

The capstone of Laalitya’s senior year, and a goal since she started as a student researcher 10 years ago, is being named a Regeneron Science Talent Search Finalist. She is the first student from Mason to be a finalist, and she’s proud to show what is possible from a non-traditional research program.

Her advice for young scientists: “STEM and scientific research can be done anywhere, by anyone. If you see a problem in the world, you have the tools to dream up a solution.”

When Christine Neitzke’s youngest son, Matt, was diagnosed with Hodgkin lymphoma at age 10, the whole family felt the impacts of the pediatric cancer journey first hand. They were able to get through it because of supportive family, friends and community, but as they spent time at Cincinnati Children’s Hospital, they quickly learned that was not the case for everyone.

“When we looked around the hospital, all of the families were going through the same thing as we were, wondering if their child was going to live or die. But not every family had the support that we had,” explains Christine.

Christine and a close friend started looking for ways to help families by meeting with doctors and social workers to find out what items were most needed. They ended up with a five-page list including everything from gas and meal cards to laptops and pillowcases.

“The Dragonfly Foundation started as a truly grassroots effort, here in Mason. In the beginning I thought we would have a golf tournament and make donations, but it’s grown into so much more than that. Nobody was truly helping families going through pediatric cancer treatment on a day to day basis,” shares Christine.

In 10 years, Dragonfly grew from one donor and a budget of $40,000 to $2.7 million. Christine, her husband and her friend started as volunteers and they’ve grown to nine employees, serving nearly 6,100 Dragonflies with programs and services totaling more than $10 million.

The pandemic reduced their fundraising by about 30%. Still, they are hopeful about their future and grateful for the federal funding that helped them stay afloat when families needed care packages, PPE and cleaning supplies more than ever.

On the horizon, they will continue to work on renovating The Landing, their community center and safe home away from home for Dragonfly families to land while going through treatment. The historic Avondale building, purchased from Mayfield Clinic two years ago, is just five blocks away from Cincinnati Children’s, making it easier for families to drop by between appointments and enjoy time away from the hospital.

While they primarily serve families who are receiving treatment at Cincinnati Children’s, they have expanded to Chicago, with one employee who raises funds to support five hospitals.

“We have lots of people who want to run chapters for us,” says Christine. “We are looking for ways to expand and I have no doubt that one day we will be a national nonprofit.”

Cincinnati Children’s is also expanding to 102 beds, so Dragonfly will soon have more families to support coming from the tri-state area and all over the country.

For newly diagnosed families, Christine shares this encouragement, “Remain positive, have hope and be a strong mentor for your child and the siblings also going through it. You may not be ready when you are first diagnosed, but once you are, contact your social worker and Dragonfly will be there for you.” 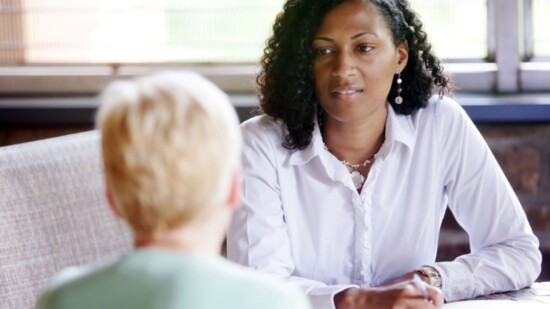 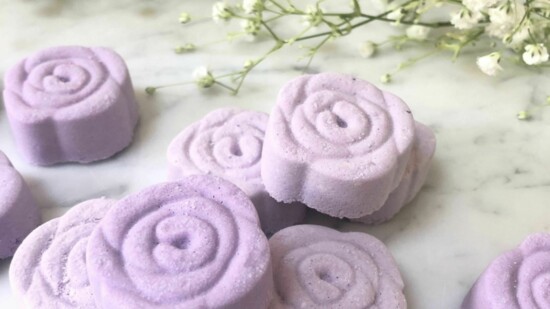